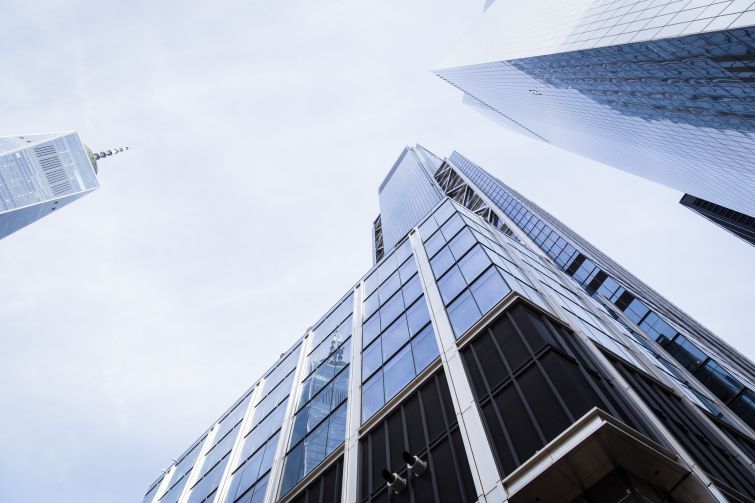 Stock exchange IEX is relocating its offices within Silverstein Properties’ World Trade Center complex in the Financial District after signing a 45,000-square-foot lease at the new 3 World Trade Center, the landlord announced today.

IEX inked a 10-year lease last week for the entire 58th floor at the 80-story, 2.5-million-square-foot skyscraper at 175 Greenwich Street, which is slated to open in June. The exchange is expected to move to the new space before the end of the year from its current digs at 4 World Trade Center, where it has occupied 13,000 square feet on the 44th floor since 2015.

Asking rent in the deal was in the $80s per square foot, according to sources with knowledge of the transaction. The new lease represents the second time that IEX has relocated to significantly larger offices within the World Trade Center; the exchange, which was founded in 2012, previously occupied around 3,600 square feet at 7 World Trade Center before making the jump to 4 WTC.

“When we first considered choosing Lower Manhattan as the home for IEX, we couldn’t have predicted the positive impact it would have on our company’s culture and team,” IEX co-Founder and CEO Brad Katsuyama said in a statement. The exchange’s new space at 3 WTC will house nearly all of its roughly 85 employees.

The New York Post first reported the news of the deal.

Haskell, a senior vice president at CBRE, said in a statement that the World Trade Center’s “access to mass transit, concentration of amenities and superior building quality” are among the qualities that have “allowed IEX, like many other companies within the World Trade Center, to attract and retain the top talent needed to expand their businesses.”