Under Construction: Inside the Nearly Completed 3 WTC 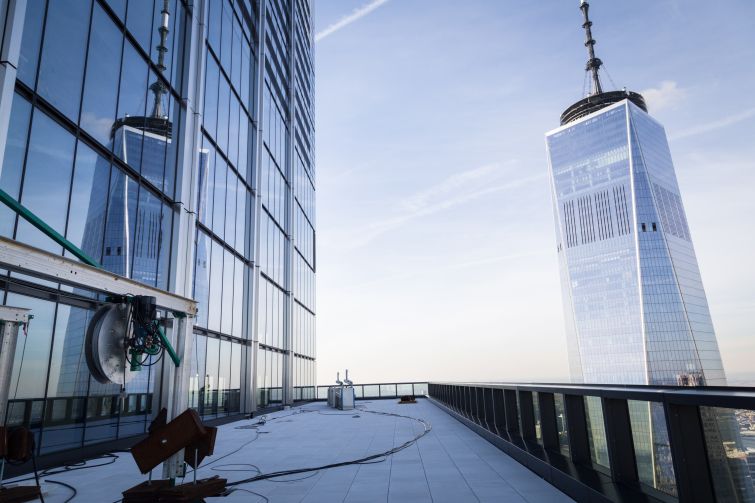 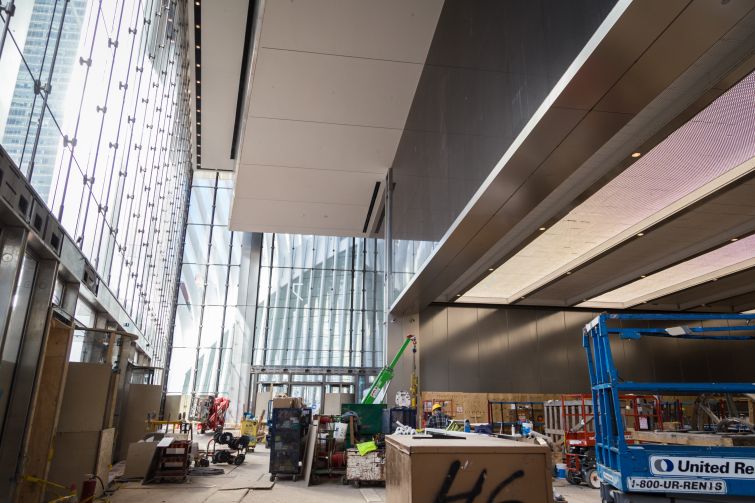 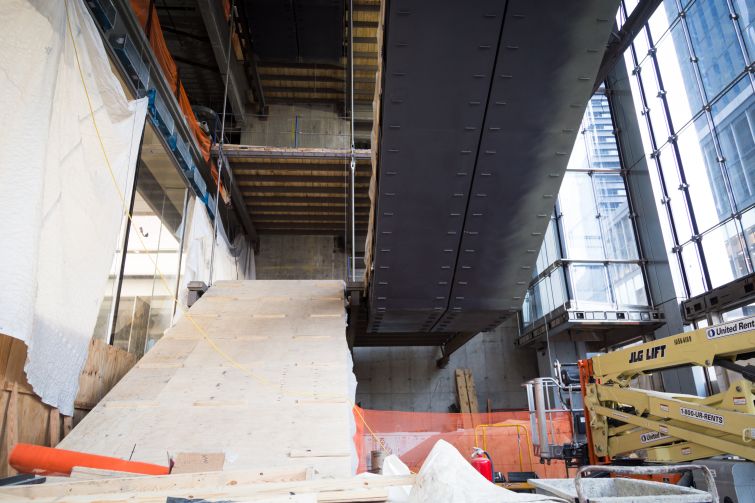 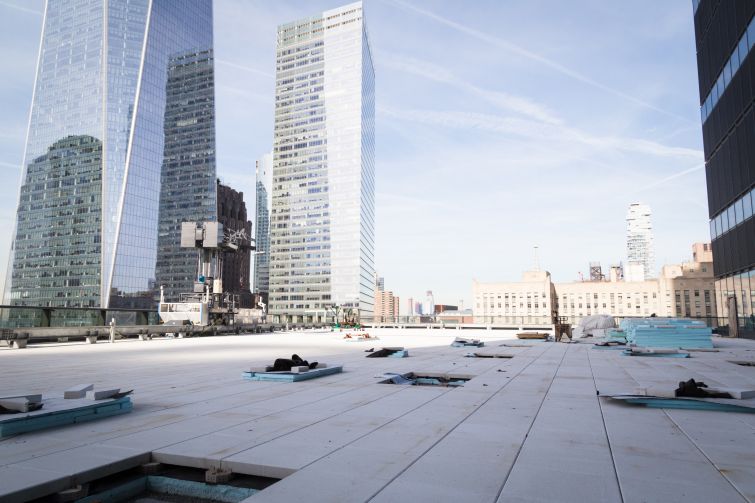 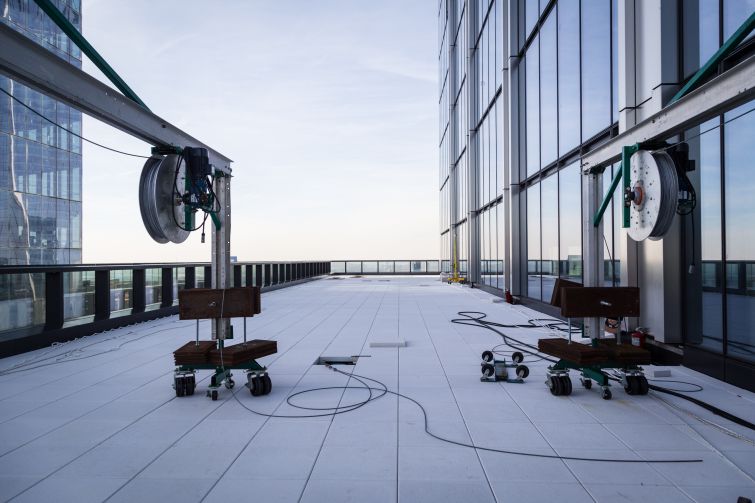 The terrace on the 60th floor of the building. Photo: Kaitlyn Flannagan/for Commercial Observer. 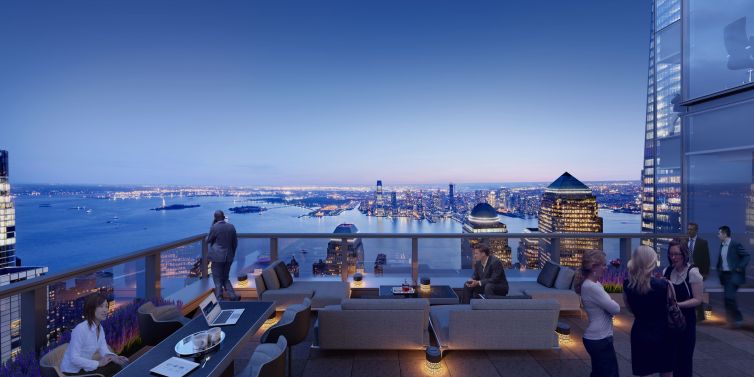 The views from 3 World Trade Center's terrace on the 60th floor, which could become an outdoor lounge for a company. Rendering: 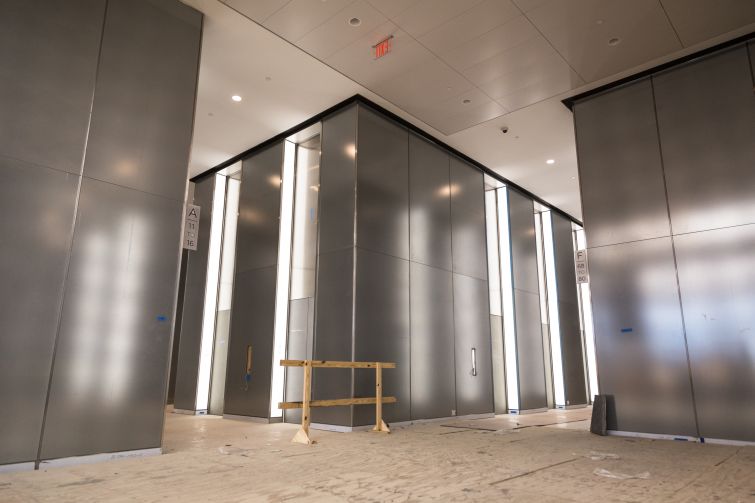 Light reflecting off the woven metal panels that are covered by sheets of glass on the lobby. Photo: Kaitlyn Flannagan/for Commercial Observer. 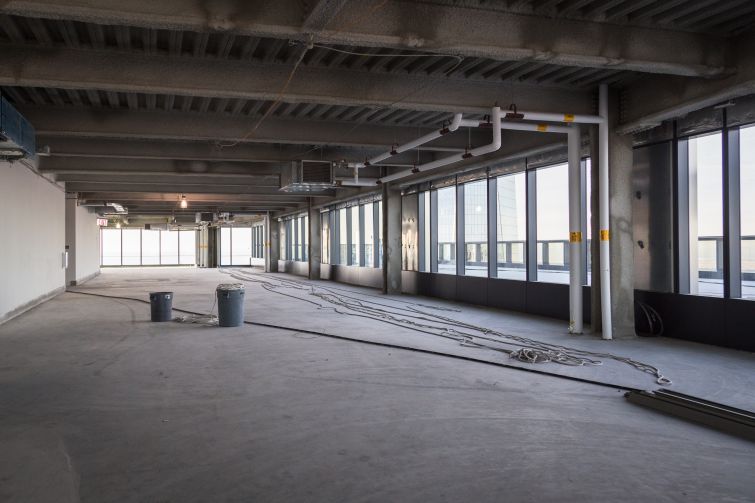 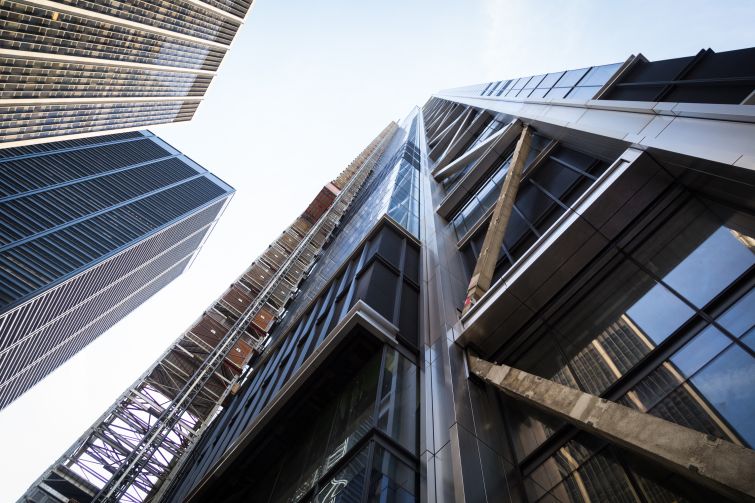 The facade of the building. Photo: Kaitlyn Flannagan/for Commercial Observer.
Previous Next

Featuring dizzying 60-foot ceiling heights with a glass walled entrance, natural sunlight floods the lobby of the skyscraper. Then white granite floors and woven metal wall panels covered by sheets of glass help the natural light from the entrance reflect throughout the enormous lobby of the almost-completed 2.5-million-square-foot tower.

The soaring ceiling heights continue to the elevator bay, where there are LED lights running along the sides of the elevator doors. Landlord Silverstein Properties has the ability to change the colors of those LEDs at any time.

All floors, which vary between 30,000 and 44,000 square feet, are column-free with ceiling heights of 13.5 feet. The floor-to-ceiling glass windows allow even more light for future tenants in the 80-story building.

Why is light so important? Brightness helps perk up employees.

“Creating these kinds of experiences creates a lot of value for companies,” Jeremy Moss, an executive vice president at Silverstein, told Commercial Observer during a tour of the building today. “When you’re locked in a dark space, it’s hard to feel inspired.”

The building is expected to be completed and open in June. During CO’s tour, workers were finishing up construction in the lobby and elsewhere in 3 WTC, and testing the elevators (there are about 50 lifts throughout the 1,079-foot tall structure).

Anchor tenant GroupM, which will occupy approximately 700,000 square feet, is already building out its space ahead of a move to the tower in July.

The architect is also emphasizing outdoor space at the structure. On the 17th floor, Rogers Stirk Harbour + Partners carved out a 10,000-square-foot terrace from the building’s setback and Silverstein is planning to add landscaping, seating and tables, a canopy, wifi and a small bar for an outside lounge. It will be accessible to all tenants in the building, Moss said.

There are also private terraces on the 60th and 76th floors.

“It’s the ultimate luxury for a tenant to have outdoor space,” Dara McQuillan, the chief marketing officer of Silverstein Properties, said.

The second and third floors of the tower will feature retail space that will be part of Westfield World Trade Center, and accessed via subterranean levels.

Underground, 3 WTC’s future employees will be connected to 12 subway lines and the PATH lines. There are escalators in the lobby leading from the transportation hub that will take tenants directly into 3 WTC.

Although retail leases have yet to be signed in the building, Moss said it will be mostly food tenants. The retail section will open in 2019, after office tenants—primarily technology, advertising, media and information (TAMI) companies—move in upstairs.

But TAMI tenants aren’t the only ones interested in 3 WTC, Moss said.

“We’ve seen every kind of company [interested in space], he said, because who doesn’t like light and views and convenient transportation.”