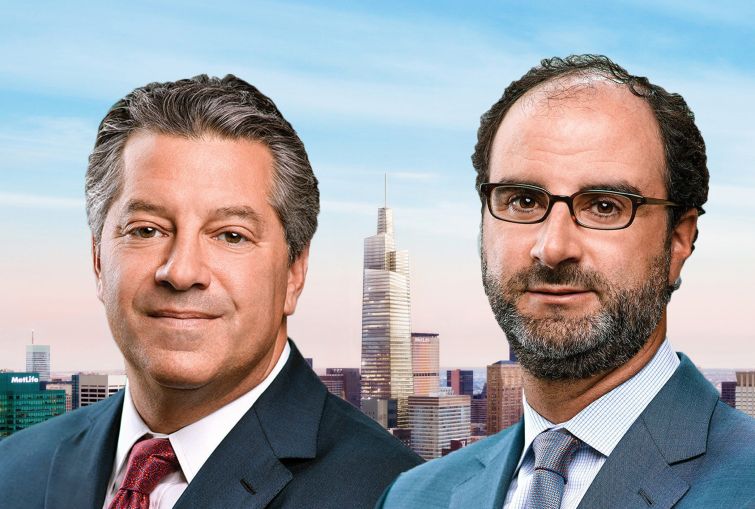 Having sold hundreds of millions of dollars worth of real estate in recent months, SL Green Realty Corp. CEO Marc Holliday declared that the New York City investment sales market is back in full swing.

On the real estate investment trust’s first-quarter earnings call today, Holliday said the city saw more than $12 billion worth of investment sales deals in the first three months of the year alone—describing it as “sharp increase in activity” that has seen acquisitions take place “across the entire spectrum of products and submarkets.”

That $12 billion figure would mean that the New York City property sales market is already on its way to arresting two consecutive years of declining transaction and dollar volumes. The city saw only $34.9 billion in investment sales deals in all of 2017, according to Cushman & Wakefield data released earlier this year—with that figure representing a drop from $57.8 billion in 2016 and 2015’s record-high of $80.4 billion worth of transactions.

SL Green, for its part, has contributed to this uptick by offloading its fair share of properties over the past several months. In the first quarter alone, the company entered contract or finalized the sale of wholly-owned or partial interests in assets including an office condominium portion at 1745 Broadway in Midtown, for $633 million; 1515 Broadway in Times Square, in a deal that valued the office tower at $1.95 billion; and 600 Lexington Avenue in Midtown East, for $305 million.

Holliday said the surge in investment sales transactions “should come as no surprise,” citing signs of such an “upturn” in the fourth quarter of last year that have “carried over” into 2018. He added that SL Green will “continue to be active participants” in the sales market as both buyers and sellers, with the REIT redirecting net proceeds from its dispositions to “redeployment opportunities”—including the ongoing construction of its One Vanderbilt office tower next to Grand Central Terminal in Midtown.

SL Green President Andrew Mathias said on the call that pricing for New York City assets “has not eroded” significantly in the wake of declining sales volumes in recent years. He noted that while foreign investment in the city’s property market, particularly from Chinese investors, “took a step back and it took six months or so for the market to gather itself,” the past few months has seen “alternative sources of capital step in and fill the void.”

The REIT also reported a bullish outlook on the leasing front, with nearly 376,000 square feet of Manhattan office leases signed across 28 separate transactions in the first quarter—including deals with Greenberg Traurig at One Vanderbilt, Investcorp at 280 Park Avenue, Compass at 10 East 53rd Street and Everest Reinsurance at 461 Fifth Avenue.

The company has another 1.3 million square feet worth of lease deals in the pipeline, Holliday said, with SL Green hoping to hit the 37 percent leased mark at the 1.6-million-square-foot One Vanderbilt before the end of the year.

Steven Durels, SL Green’s executive vice president and director of leasing and real property, talked up One Vanderbilt’s prospects and that of the firm’s bread-and-butter Midtown office market at large. “As people realize how [One Vanderbilt] is starting to change the neighborhood, it’s brought increased enthusiasm [from prospective tenants],” Durels said.

He added that Midtown leasing activity is “extremely active” compared to a year ago—pegging office leasing in Midtown as “up 25 percent” year-on-year and noting that “all of the [leasing] activity has shifted back into the core of Midtown” as Far West Side developments like Hudson Yards have gradually leased up.