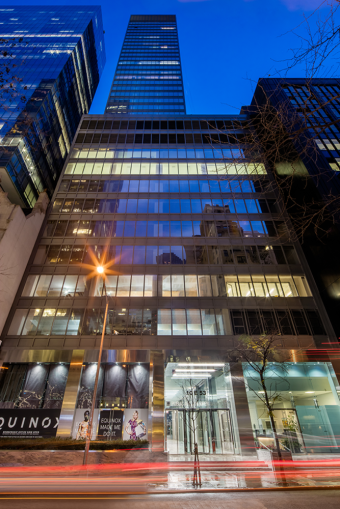 Compass is taking the entire fourth and fifth floors at the 37-story, 393,000-square-foot office tower between Madison and Fifth Avenues, according to sources with knowledge of the transaction. The deal increases the brokerage’s total footprint at the property to around 49,000 square feet; last year, Compass signed a nearly 17,000-square-foot lease for the entire 15th and 16th floors of the building.

Asking rent in the 11-year deal was in the mid-$70s per square foot, according to The Real Deal, which first reported the news of the transaction. Cushman & Wakefield’s Ethan Silverstein represented Compass in the deal, the publication reported, while a JLL team of Alexander Chudnoff, Paul Glickman, Frank Doyle, Cynthia Wasserberger and Benjamin Bass handle leasing at 10 East 53rd Street alongside the SL Green in-house team of David Kaufman and Paul Milunec, according to the property’s website.

Representatives for SL Green, Cushman & Wakefield and JLL did not immediately return requests for comment.

Compass is headquartered just north of Union Square at RFR Realty’s 90 Fifth Avenue, where it signed a 25,000-square-foot expansion early last year that took its total space at the building to roughly 115,000 square feet, as Commercial Observer reported at the time.

The brokerage has its sights set on expansion after securing a $450 million investment from Japanese conglomerate SoftBank last year, with Compass Founder and CEO Robert Reffkin having voiced his intention to double its number of New York City offices to 12 this year.