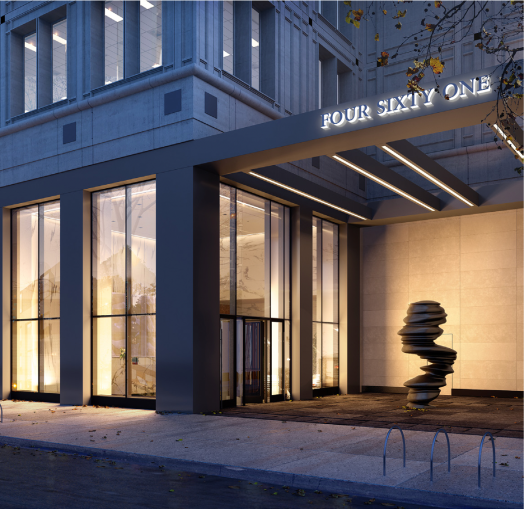 Everest Reinsurance has signed an extension and expansion at SL Green Realty Corp.’s 461 Fifth Avenue, bringing its footprint in the building near Bryant Park to 57,968 square feet, according to the landlord.

The property and casualty reinsurance firm has extended its 22,464-square-foot lease on the fourth and fifth floors of the 28-story building for three years until 2028, a spokesman for SL Green told Commercial Observer.

And Everest will add the entire 11,232-square-foot seventh floor for seven years (until 2025). The company also has the entire third, 11th and 20th floors, combined amounting to 24,272 square feet.

Asking rents in the building, between East 40th and East 41st Streets, range from $90 per square foot to $100 per square, the spokesman said.

Everest, a Bermuda-based company, has numerous offices across the globe and in the United States. It’s U.S. headquarters is in New Jersey, according to the company’s website.

Eric Deutsch of CBRE represented Everest in its transaction. Deutsch declined to comment on the transaction via a spokeswoman.

In an unrelated deal, investment bank Foros Advisors signed an early three-year renewal for its 14,268-square-foot space. The company will continue to occupy the entire 17th and 18th floors of the building. Foros Advisors did not have a broker in the deal.

“461 Fifth Avenue is currently undergoing a significant capital improvement upgrade including new lobby, entrance, plaza, elevator cabs and bathrooms” SL Green’s Steven Durels said in a prepared statement. “The building has always been popular with tenants who seek an upscale work environment with the convenience of Bryant Park and nearby Grand Central Terminal.”

The New York Post first reported news of the deals.

CBRE’s Ben Friedland, Silvio Petriello, Jason Pollen, Zak Snider and Sam Seiler exclusively handle leasing for SL Green at the 210,000-square-foot building and represented the landlord in all of the transactions. The brokers declined to comment via the spokeswoman.