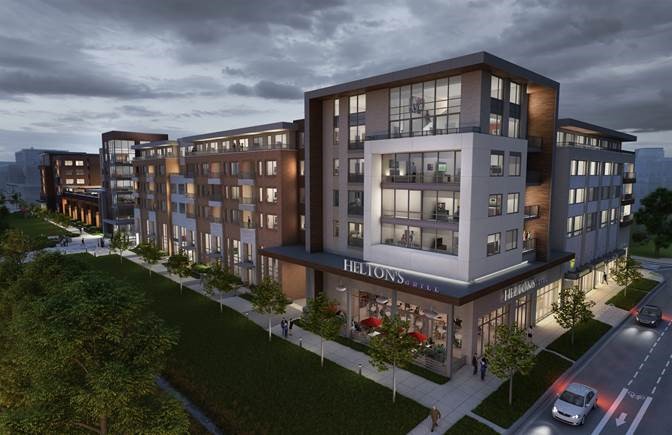 The deal is part of a bigger push into the greater Denver market for the French bank, which continues to seek opportunities in the area.

The sentiment was echoed by David Perlman, a director at Natixis, at a panel discussion during Commercial Observer’s Financing Commercial Real Estate Forum in Washington, D.C. in September.  Perlman said that Natixis has been increasing its exposure to Denver, citing strong fundamentals driven by a growing millennial population that has flocked to the Colorado capital and its surrounding areas.

Minneapolis-based developer Sherman Associates specializes in the construction of commercial and housing properties in Minnesota, Wisconsin, Iowa, Missouri and Colorado.

The Westminster project is part of a larger 105-acre mixed-use redevelopment of the former Westminster Mall. The project includes a 5-story apartment building with a three-level parking garage containing 386 parking spaces and 24,770 square feet of ground floor commercial space. Property amenities include a rooftop area, a pool and spa, a clubhouse, a fitness center, a car/pet wash, a bike repair and a golf simulator room.

Denver may be one of Natixis’ preferred markets, but the lender isn’t playing favorites and has been actively closing deals across the U.S.

In September, it led a $125 million construction loan for Madison Marquette’s One Light Street development in Baltimore, Md.; in October, it provided a $266 million acquisition loan for TriStar Capital and RFR Holding’s purchase of Centre 425 in Bellevue, Wash. and in November it provided $195 million in bridge financing for Preylock Real Estate Holdings’ acquisition of seven triple-net leased office properties in Santa Clara, Calif., as well as a $105 million loan for Melohn Properties’ 111 West Jackson Boulevard in Chicago’s Central Loop.

And the lender hasn’t been letting the grass grow under its feet in New York City either, most recently closing a $360 million refinance of Wolfson Group‘s One State Street Plaza and co-leading a $475 million refinance of RFR Holdings’ 285 Madison Avenue with KTB Asset Management.

A spokeswoman for Sherman Associates did not immediately return a request for comment.