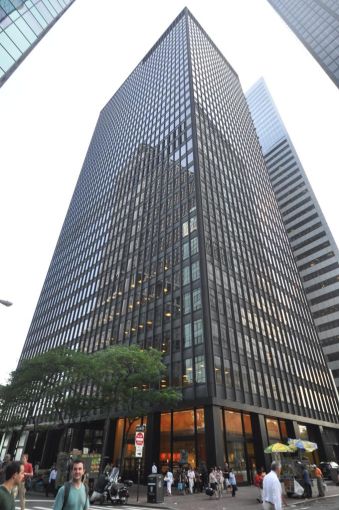 Natixis Real Estate Capital has provided a $360 million package to the Wolfson Group to refinance One State Street Plaza, according to records filed yesterday with the city’s Department of Finance. Also included in the refinance is the leasehold interest in air rights associated with RFR Holding’s 17 State Street, which neighbors the Financial District tower.

The package refinances and replaces a $295 million commercial mortgage backed securities loan collateralized by One State Street Plaza and originated by UBS on Nov. 1, 2007. It was placed in the Lehman Brothers-sponsored LBUBS 2007-C7 CMBS conduit deal and represented nearly 74 percent of the roughly $400 million CMBS deal’s remaining collateral, Trepp data shows. It was set to mature on December 15. To cap off the financing, Natixis gave an additional $65 million in the form of a gap mortgage to the borrower.

Meridian Capital Group arranged the financing, according to sources familiar with the deal. Officials at the brokerage declined to comment.

Built in 1970, the 35-story, 835,651-square-foot office building at One State Street Plaza—with an alternate address of 34 Whitehall Street—has faced issues with tenant occupancy, impacting it’s DSCR, which dropped below 0.90x in October. It’s occupancy troubles began after the departure of Fitch Ratings, which had leased 171,081 square feet, or roughly 19 percent of usable space, until December 2014. The ratings agency moved across the street to 33 Whitehall Street. Currently, the State of New York anchors the property with 228,981 square feet—approximately a quarter of the building’s rentable space—on a lease set to expire in October 2031, according to tenant information from Trepp.