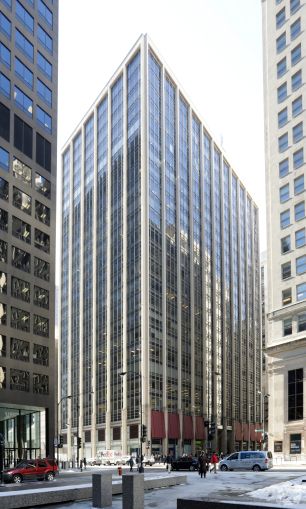 Cooper-Horowitz’s Richard Horowitz and Jeffrey Horowitz negotiated the financing on behalf of Melohn Properties, while the Natixis team was led by Michael Magner, a managing director at the lender.

Natixis’ ten-year, interest-only CMBS loan refinances an $80 million loan that was originated by J.P. Morgan in December 2012 and placed in the J.P. Morgan-sponsored JPMCC 2013-C10 CMBS transaction, according to Trepp data.

The 25-story building was erected in 1961, renovated in 2013 and includes 20,543 square feet of first-floor retail. Property amenities include a 5,600-square-foot fitness center, a 1,600-square-foot conference center and a 1,300-square-foot rooftop deck.

Cooper-Horowitz is having a busy year-end. In October the brokerage negotiated a $266 million acquisition loan—also from Natixis—for TriStar Capital and RFR Holding’s purchase of Centre 425, a 16-story office property in Bellevue, Wash., as well as a $92 million Wells Fargo loan to refinance a dormitory for The New School developed by Bhatia Development Organization and Sherwood Equities.