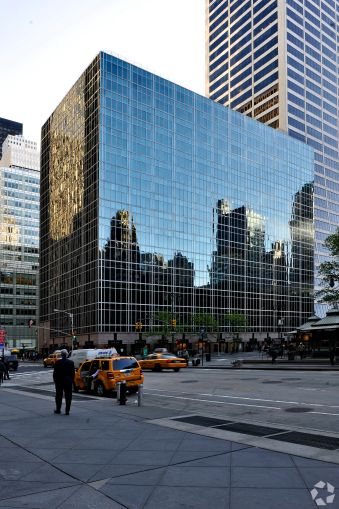 Bank of America has signed a deal to occupy the entire 386,000-square-foot office building at 1100 Avenue of the Americas, replacing HBO.

The bank will move into the 15-story building (also known as the HBO Building) between West 42nd and West 43rd Streets when the cable network relocates to 30 Hudson Yards in 2019 with its parent company, Time Warner, as The New York Post first reported.

A spokeswoman for Bank of America declined to comment or provide additional details on the lease agreement. It was not immediately clear which brokers handled the transaction on behalf of the financial institution and the landlords, Brookfield Property Partners and California-based The Swig Company.

Multiple spokespersons for Brookfield did not return Commercial Observer’s inquiries, and a spokeswoman for Swig did not immediately return a request for comment.

Brookfield and Swig acquired the leasehold on 1100 Avenue of the Americas in March from the Nickerson family’s Eugene A. Hoffman Management, as Crain’s New York Business reported at the time. The deal was worth $370 million, as CO previously reported. The partners plans to renovate the entire building following HBO’s exit.