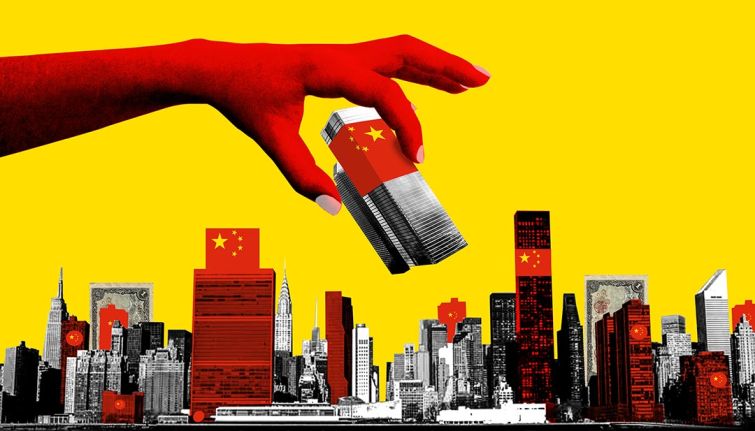 There was a lot of nail-biting from the New York real estate community heading into this year after hearing that the biggest whale in terms of investment might not be allowed to swim in our waters. We’re talking, of course, about China.

With China’s capital controls in place, the country was expected to tamp down outbound investment in 2017. While the number of New York City investment sales deals involving the country has dwindled significantly this year, China still represents the biggest cross-border player, according to Cushman & Wakefield.

Chinese investments dropped to 16 percent, or six, of the 38 foreign capital deals (excluding debt deals) in New York City in the first three quarters of the year, versus 28 percent, or 16, of 58 acquisitions at the same time last year, C&W data indicates.

Francis Greenburger, the chairman and chief executive officer of Time Equities, explained the issue in Commercial Observer’s survey for this year’s Owners Magazine: “Although there are exceptions, Chinese investors are subject to government restraints in arranging to transfer funds out of China. This has caused a reduction in transactions by one of the most active group of New York City buyers.”

But in terms of dollar volume the dip in Chinese investment in New York City hasn’t been dramatic, and the country still has spent more than its competitors. Chinese investments made up 11 percent of the $24.51 billion spent on commercial real estate in New York City this year through September compared with last year’s 13 percent of $45.87 billion.

Despite a slowdown in deal flow and a reduction in investment sums, the Chinese have been going for big deals in New York City.

“Starting in 2016 through the first half of 2017, China surpassed Canada as the largest foreign investor in New York City,” said investment sales broker Douglas Harmon of C&W. “Capital controls caused Chinese buyers to participate in less transactions, but the capital was consolidated into the larger deals.”

Harmon and colleague Adam Spies are representing SL Green Realty Corp. in the sale of a 49 percent stake in a 54-story office tower at 1515 Broadway between West 44th and West 45th Streets to China Investment Corporation (CIC), a Chinese sovereign wealth fund. It is a property valued at $2 billion. A spokesman for SL Green said no deal had been made.

In the priciest foreign property acquisition of the 12 months ending in October, Chinese conglomerate HNA Group paid $2.21 billion for 245 Park Avenue between East 46th and East 47th Streets. The sellers were Canada-based Brookfield Property Partners and the New York State Teachers’ Retirement System. The deal represents one of the highest prices ever paid for a Manhattan office property. (HNA also bought a mansion at 19-21 East 64th Street for $79.5 million this year.)

At the end of last year, CIC bought a 45 percent interest in the former McGraw-Hill Building at 1221 Avenue of the Americas between West 48th and West 49th Streets from Canada Pension Plan Investment Board. The property was valued at $2.29 billion.

Two other large Chinese acquisitions in the last year include WanXin Media’s $68 million buy of an office building and vacant lot at 7-15 West 44th Street and office developer Soho China picking up the landmarked John Pierce Residence at 11 East 51st Street for $30 million.

Foshay cited as an example, China’s Anbang Insurance Group’s pulling out of an investment in 666 Fifth Avenue. Kushner Companies was planning to redevelop its flagship New York office tower with Anbang but talks terminated in March.

Terrence Oved, the head of the real estate department and a partner in the law firm Oved & Oved, said he has seen the drop off in acquisitions generally, and those that are closing are taking longer to complete.

“That rapid-fire tennis-match-like quality that we saw in 2016 [between players] is glaringly absent in the foreign transactions in 2017,” Oved said. “The perception of foreign money is that New York is in the later stage of the cycle.”

Also, Oved said, New York City is facing global competition from other world cities that weren’t as competitive the last few years. He pointed to Silicon Valley’s appeal to the tech company likes of Amazon, Facebook and Microsoft.

HFF’s Andrew Scandalios said that deal flow is down this year because properties are overpriced.

“Buyers are less enthusiastic to pay 2015 prices, and the sellers aren’t going to move [them],” he said. “We haven’t seen the offshore capital abate. It’s just they’re waiting for better pricing opportunities.”

Scandalios worked on the deal in which Singaporean sovereign wealth fund GIC picked up a 95 percent stake in the 50-story office tower at 60 Wall Street from Paramount Group and Morgan Stanley with a $1.1 billion valuation. (He also helped secure GIC’s $550 million acquisition loan from German bank Aareal Capital.)

In the summer, Germany-headquartered Allianz SE contributed the 18-story, 352,000-square-foot office building at 114 Fifth Avenue (which it acquired in 2015 with L&L Holding Company) into a then-new joint venture with Columbia Property Trust to buy and manage U.S. trophy properties. Columbia contributed a Palo Alto and San Francisco property to the venture. The three properties were valued at $1.3 billion and HFF negotiated the deal.

Commercial real estate deal volume is down this year for all foreign buyers in New York City as of the third quarter to 28 percent of all investment sales, C&W found, from 34 percent a year prior. (A look at foreign investment in New York City is limited to investment sales deals because debt and equity transactions are harder to track.) The findings parallel the nationwide trend. As of mid-2017, foreign investors represented 13 percent of all U.S. transactions by volume versus 16 at the same point in 2016, Real Capital Analytics data indicate.

Foshay said that a number of overseas buyers are “skeptical” about plunking down large sums of money (over $150 million) in the U.S., out of concern about “where we are in the cycle.”

This doesn’t mean, of course, that foreign investors aren’t seeking out deals nationwide. And Canada heads the procession.

Canada has sealed 255 U.S. commercial real estate acquisitions in the last year, followed relatively closely by China with 215 before dropping off significantly with Singapore and its 36 deals, RCA data show.

Finally, Canada-based Oxford Properties Group is in the process of purchasing the St. John’s Terminal site at 550 Washington Street from Westbrook Partners and Atlas Capital for $700 million.

In New York City specifically, foreign investment has been dropping because of a dearth of trophy property on the market, according to a couple of brokers.

“There just wasn’t as much property available this year as there was last year,” said CBRE’s William Shanahan, who along with CBRE’s Darcy Stacom brokered the 245 Park Avenue deal.

Foshay concurred about the lack of inventory.

“I would say there has been a lack of trophy product to be purchased,” he said, but “there’s been quite a lot of availability in investment sales of non-trophy assets, meaning Class B product, and it is that trophy investment product that particularly appeals to overseas investors.”

Harmon said, “We think Chinese investment should pick back up in the first quarter of 2018. Additionally, South Korea, Japan, Norway, Saudi Arabia and Canada make for plenty of competition for domestic investors in 2018.”