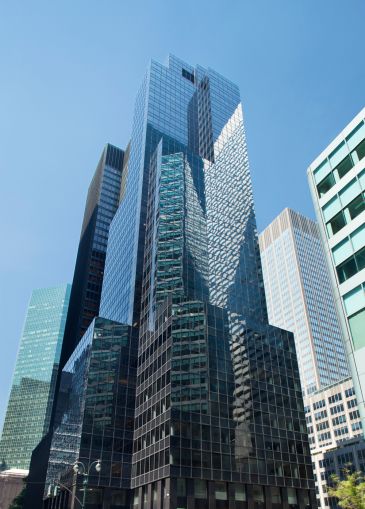 SL Green Realty Corp. has entered into contract to sell the 36-story office tower at 600 Lexington Avenue for $305 million, Commercial Observer has learned.

The real estate investment trust revealed that the buyer of the 303,515-square-foot building is a U.S.-based insurance company, but declined to reveal the name of the company. The property between East 52nd and East 53rd Streets will trade for roughly $1,005 a square foot. The sale is expected to close in the first quarter of 2018 and generate net cash proceeds of $292 million, according to information from SL Green.

CBRE’s Darcy Stacom represented SL Green in the deal and declined to comment on it.

The sale of 600 Lexington Avenue was SL Green’s second big move of the week. The first was the sale of a 43 percent stake in 1515 Broadway to the German investment giant Allianz Real Estate, in a deal that valued the 57-story office building at $1.95 billion, coming to $1,045 per square foot. SL Green acquired that 1.9-million-square-foot Times Square tower in a joint venture with Ivanhoé  Cambridge’s SITQ subsidiary for $480 million in 2002. The REIT then nailed down anchor tenant Viacom in 2012 for a 1.6-million-square-foot renewal and expansion that stretches through 2031.

“Since the end of the summer, I’ve seen enormous pickup in sales activity [in Midtown],” SL Green Chief Executive Officer Marc Holliday told Commercial Observer. “Not just our two transactions, but all the other sales that have gone into contract in the past sixty days. The prices we’re seeing being achieved today are just as high or higher than what we’ve seen in the last 12 to 24 months. Global investors still have an enormous appetite for well-located manhattan office.”

The REIT acquired 600 Lexington Avenue in a joint venture with the Canadian Pension Plan Investment Board for $193 million in 2010, paying $636 a square foot. It then bought out the pension board’s 45 percent stake in December 2015 in a transaction valued at $284 million, according to a press release SL Green issued at the time.

“It really showcases the fact that there’s continued strong demand for not just New York City assets but assets in East Midtown,” SL Green Co-Chief Investment Officer Isaac Zion said. “The pool of bidders was broad, whether it was a local owner-operator, institutional players that were domestic, or global players with assets around the world.”

Zion added that SL Green has made significant capital improvements on the 1984 building, which is currently 99 percent leased. In September, three financial services firms—GLC Advisors & Co, NexPhase Capital and KCL Capital—inked deals at the property. Retail tenants include Pret A Manger and FIKA.

SL Green is certainly not the only landlord doing a brisk sales business in Midtown these days. Lord & Taylor unloaded its 676,000-square-foot Fifth Avenue flagship for $850 million earlier this month (or $1,257 a square foot). And in October, Savanna purchased the 304,000-square-foot Berkeley Building at 19 West 44th Street for $195 million, or $641 a square foot.