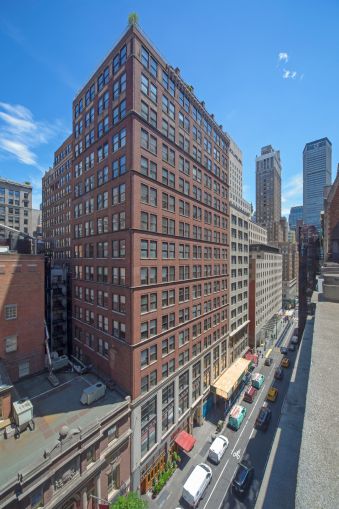 Mesa West Capital provided a $92.7 million acquisition loan in the deal, property records show. The floating-rate debt, originated by Russell Frahm, a vice president in the firm’s New York office, will allow Savanna to complete the repositioning and lease-up of the building.

The 303,943-square-foot property between Fifth Avenue and Avenue of the Americas, previously known as the Berkeley Building, was built in 1916. It features oversized loft-style windows, terraces and a masonry facade.

“Today, the property has physical attributes that tenants are looking for, including tremendous light and air on all four sides, flexible 18,000-square-foot floor plates and excellent ceiling heights,” Andrew Kurd, a director at Savanna, said in prepared remarks.

Savanna is planning a $25 million renovation of the building, including upgrades to the building systems, and development of a new entrance and lobby, according to information provided by a company spokesman. The new owner will also renovate the roof, facade as well as modernize bathrooms and corridors.

Savanna has selected JLL’s Mitchell Konsker, Barbara Winter, Benjamin Bass and Kip Orban to lease the building, which is about 86 percent occupied according to The Real Deal, which first reported in July that Savanna was in contract to buy the property.

“Given its premier location and ownership’s vision, 19 West 44th Street will provide a unique opportunity to attract a wide variety of tenants,” Bass said in a statement.

“A combination of stable cash flow with excellent upside potential and a desirable Midtown location between Fifth Avenue and Avenue of the Americas made this property incredibly attractive to institutional investors,” Stamm said in a Colliers release of the sale.

Savanna did not have an investment sales broker in the deal.

Lawrence Britvan, Matt Jacobs, and Michael Straw of Hodges Ward Elliott arranged the financing, sources told CO. Officials at the brokerage did not immediately return a request for comment.