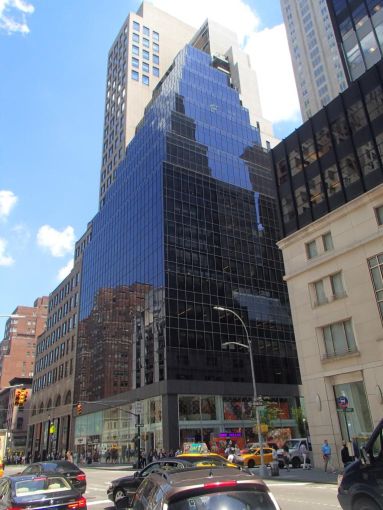 Knotel has inked a five-year deal for two entire, contiguous floors (the 12th and 14th floors; there is no 13th floor at 655 Madison Avenue) at the 25-story, 230,000-square-foot office building at the northwest corner of East 60th Street, according to a company spokeswoman.

The office provider, which arranges short-term and rolling lease terms with companies who effectively sublease its space, is already occupying 655 Madison Avenue and said agreements with several subtenants are “on the cusp.”

Neither Knotel nor the landlord, a group of former Williams Real Estate (now Colliers International) principals including general partner Andrew Roos, disclosed asking rents in the transaction. No outside brokers were involved on behalf of either Knotel or building ownership.

“We are delighted that Knotel has expanded their footprint in our portfolio,” Roos said in a statement to Commercial Observer. “Their business model and youthful energy will complement our prestigious roster of tenants at 655 Madison Avenue”—a roster that includes multi-industry holding company Loews Corporation and directory assistance provider kgb.

Knotel has now grown its New York City office footprint to north of 400,000 square feet across 23 locations, and said it plans to reach roughly 1 million square feet under lease by the end of this year.

The company has particularly focused on the tech- and creative-heavy Midtown South market, with recent transactions including a 27,900-square-foot lease at 114 West 26th Street in Chelsea and a 25,000-square-foot deal at 55 West 21st Street in the Flatiron District that will eventually see Knotel occupy the entirety of the Moinian Group-owned building.

But the 655 Madison Avenue lease also indicates Knotel’s plans to further grow its presence in Midtown, where last month it agreed to take more than 26,000 square feet at 9 Times Square. The company also recently announced that it is expanding into the San Francisco market.

“As larger companies increasingly seek to establish their headquarters at Knotel, we are excited to partner with a leading ownership group to grow in Midtown,” Eugene Lee, Knotel’s head of property acquisition and business development, said in a statement.