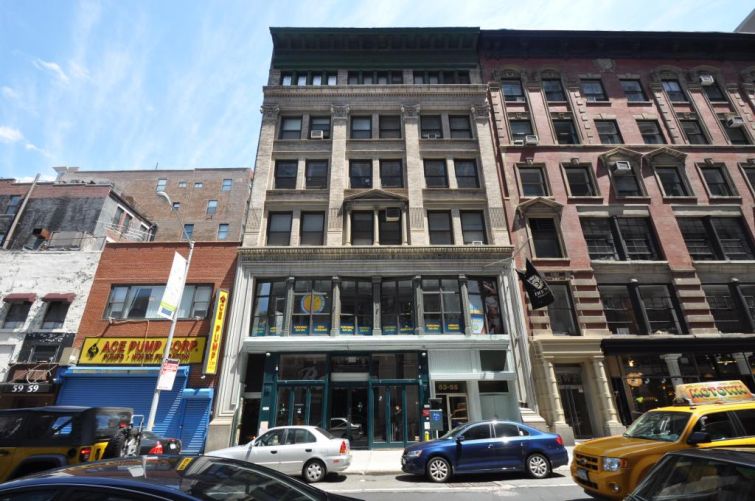 Startup office provider Knotel has agreed to take 25,000 square feet at the Moinian Group’s 55 West 21st Street in a deal that will see the company eventually occupy all of the office space at the Flatiron District building.

Knotel signed a 10-year deal last month for its space at the six-story, roughly 30,000-square-foot property between Fifth Avenue and Avenue of the Americas, the officer provider announced last week, and began occupying the building earlier this month.

While Knotel did not disclose which floors it immediately occupied, a spokesman for Moinian said the tenant has taken the entire second, third and sixth floors and part of the fifth floor, for a total of 17,500 square feet.

Under the agreement, Knotel also has the option to take the remaining office space at 55 West 21st Street as existing tenants’ leases expire, sources with knowledge of the deal told Commercial Observer. That would include the entire, 5,000-square-foot fourth floor currently occupied by Skin Spa New York, previously the building’s largest tenant, according to CoStar Group data. Knotel is expected to exercise its option on the rest of the property’s space excluding its ground-floor retail, sources said.

While neither landlord nor tenant provided asking rent at the building, it is in the low- to mid-$50s per square foot, CoStar indicates. Knotel, which provides short-term and rolling lease terms to companies who effectively sublease their office space from the company, was represented in the deal by Elie Reiss of Skylight Leasing. The Moinian Group’s Gregg Weisser represented the landlord in-house.

Knotel has aggressively expanded its New York City office footprint this year and now has north of 400,000 square feet of space across more than 20 locations in Manhattan and Brooklyn. The company has set its sights on the popular Midtown South office market, in particular; in addition to the deal at 55 West 21st Street, Knotel recently signed leases for 28,000 square feet at 114 West 26th Street in Chelsea and more than 17,000 square feet at 373 Park Avenue South in NoMad, as Commercial Observer first reported last month.

While Knotel has sought to differentiate itself from coworking providers like WeWork—citing its business model of leasing partial or full-floor spaces that house small and mid-sized companies, rather than individuals—the company also announced its first foray into the world of coworking last week: a “strategic joint venture” with coworking provider Grind.

The joint venture will see Knotel take over Grind’s 9,000-square-foot location at 419 Park Avenue South in NoMad, the company said. Under the partnership, Grind will refer inquiries to Knotel from larger companies looking for office space, as well as companies that grow out of the coworking model and into a more traditional office model. Knotel, meanwhile, will refer freelancers and smaller companies looking for coworking space to Grind.

Knotel also recently announced plans to expand its business into San Francisco—the first market outside of New York that the company will be active in.