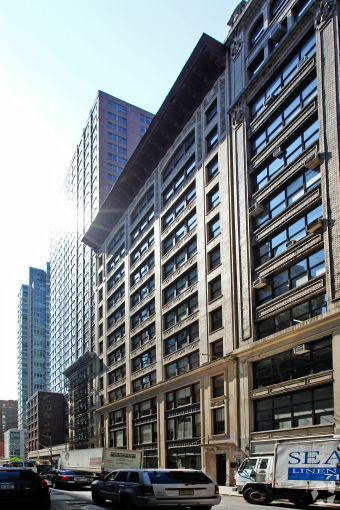 As it continues to rapidly expand its footprint across the Manhattan office market, startup office provider Knotel is taking nearly 28,000 square feet of office space at 114 West 26th Street in Chelsea, Commercial Observer has learned—one of several new leases in the borough that the company announced this week.

Knotel has agreed a 10-year lease for 27,900 square feet comprising the entire second through fourth floors at the 13-story, 111,600-square-foot office building between Avenue of the Americas and Seventh Avenue, Eugene Lee, Knotel’s head of property acquisition and business development, told CO. The company expects to occupy the space before the end of the year.

While Lee declined to provide the asking rent in the transaction, other sources with knowledge of the deal said asking rents in the building are in the low to-mid-$50s per square foot. Elie Reiss of Skylight Leasing represented Knotel, while David Levy and Jeff Buslik of Adams & Co. and Michael Beyda of Benchmark Properties worked on behalf of the landlord Delta Enterprise Corp.

Knotel—which provides short-term and rolling office lease agreements to small and midsized businesses which in effect sublease their space from the company—has particularly looked to grow its presence in the Midtown South office market, which is popular with the technology, advertising, media and information, or TAMI, tenants.

“We certainly have been focused on Midtown South,” Lee said, noting that the market’s ample food offerings and various “social” amenities have made it attractive to “high-growth companies that want to be in these parts of town.”

The New York Post reported this week that Knotel has agreed to take 29,171 square feet comprising the entire third and eighth floors at 137 Varick Street in Hudson Square, which falls within Midtown South. Asking rent is $45 per square foot at the eight-story, 125,000-square-foot property on the corner of Spring Street, according to the Post, with Peter Fontanetta and Harrison Katzman of Savitt Partners representing the tenant and landlord Trinity Real Estate represented in-house by Matthew Fox and John Franqui.

But Lee added that Knotel is also planning to expand in the “traditional Midtown” and Downtown office markets—with the latter, in particular, proving more appealing to TAMI tenants. “I’d expect that between now and the end of the year we’ll have more [locations] Midtown as well as Downtown,” he said.

Indeed, Knotel has nabbed 27,000 square feet across three floors at 40 Exchange Place in the Financial District, the Post also reported this week. Asking rent at the 20-story, 300,000-square-foot office building between William and Broad Streets is in the low to mid-$50s per square foot, the Post said. Michael Morris and Gregory DiGioia of Newmark Knight Frank represented Knotel in the transaction, while landlords Newmark Holdings and Northwind Group were represented in-house by Newmark’s Allen Gurevich.

“What we are not is coworking,” he said. “We are [leasing] to 50- to 100-person companies that stay with us for a year or more. The companies we’re working with are getting larger and larger, and staying with us longer and longer.”

Lee added that Knotel’s current New York City office footprint stands at “just around 400,000 square feet,” with the office provider having tripled in size since the beginning of the year on the back of a $25 million Series A funding round and still looking to expand. (Disclosure: Observer Capital, led by Observer Media Publisher, Chairman and Chief Executive Officer Joseph Meyer, is among Knotel’s investors.)

“We’ve been busy,” Lee said. “We are obviously taking a lot of space and growing fast. We continue to speak with many owners about [taking] additional space and I think we will probably double our square footage again this year.”