It is gyms, drug stores and canine care facilities for the dog days of summer 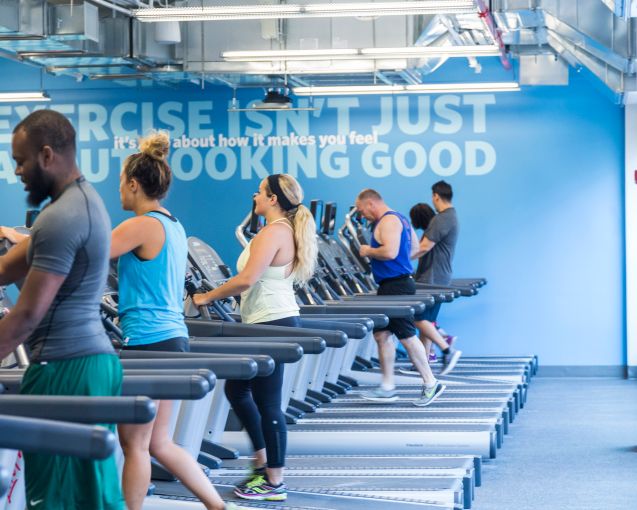 Even though we are deep in the thick of beach season we saw a tremendous number of gyms opening up in the five boroughs over the course of the month.

The biggest of the bunch was the 52,000-square-foot lease for a gym by the company that owns Chelsea Piers at TF Cornerstone’s new residential building in Downtown Brooklyn at 33 Bond Street. The smallest was Powerhouse Gym, which inked a 10,323-square-foot lease at Alma Realty Corp.’s 30-30 Northern Boulevard in Queens. And Blink Fitness signed a 20,000-square-foot lease in Midwood, Brooklyn, at AB Capstone’s new commercial development at 1633 East 16th Street.

But, of course, all that was happening in the outer-boroughs. Betsy & Adam, the dressmaker, whose wares have appeared in Bloomingdales, Lord & Taylor and Dillards signed a 21,000-square-foot lease for its new headquarters and a showroom at 525 Seventh Avenue in Midtown South.

And we doubt very much that a month could go by without a major pharmacy signing a big lease, like CVS did at the old Food Emporium space at the Chetrit Group and Stellar Management’s 305 East 86th Street.

After a brutal month for restaurants where a number of New York’s greats said farewell, (Bouley, Fung Tu and DBGB all announced closings in the last couple of weeks) Sant Ambroeus—the chichi Italian restaurant with three other locations in Gotham—signed a 7,000-square-foot lease at Brookfield Properties’ Brookfield Place, a.k.a., 200 Vesey Street.

And we were tickled to learn that the RealReal, the luxury consignment company, has finally decided to go brick-and-mortar. After a wildly successful popup, the company has taken 4,300 square feet in Soho at 80 Wooster Street for a store to include a cafe.