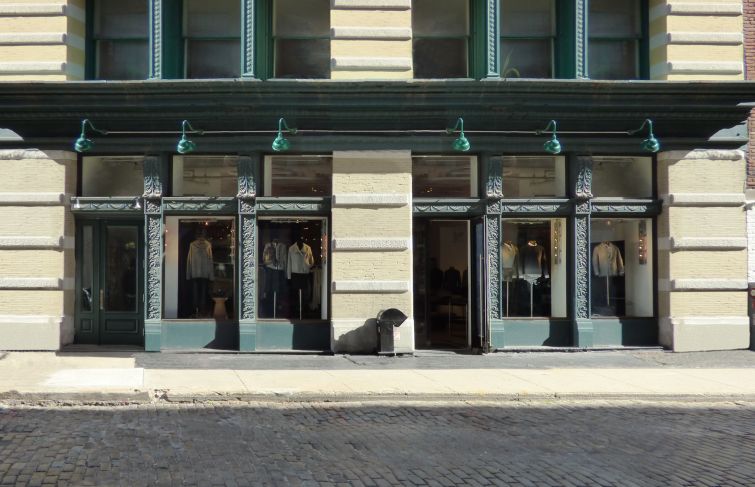 Seeing the success of its pop-up store in Soho last December, The RealReal Chief Executive Officer Julie Wainwright was eager to find the company’s first permanent brick-and-mortar location in the area. As of a few weeks ago, the luxury consignment business found one at 80 Wooster Street between Broome and Spring Streets, sources said.

“The sales were tremendous [at the pop-up],” said Robin Abrams of Eastern Consolidated, who along with Lisa Rosenthal represented The RealReal in the five-year deal. “I don’t know that they would have opened a store that quickly if they had not opened the pop-up that performed really well.”

The new space spans 4,300 square feet for retail (including a wall of Hermès Birkin bags) and a cafe on the ground floor, a 500-square-foot outdoor patio and 4,000 square feet in the basement for offices including some for valuation—offering specialists in gems, jewelry, art work and antiques, one source said. The store will be open for the holiday season, the source noted.

Abrams declined to discuss the lease, but the source noted the taking rent is $1.2 million per year.

Wainwright told TechCrunch that a New York location would be the first of a bunch of brick-and-mortar stores in a recent story about the San Francisco-based company bringing in $50 million in growth funding from the private equity firm Great Hill Partners.

Ripco Real Estate‘s Richard Skulnik and Lindsay Zegans represented the co-op’s owner, Jenel Management Corp. Skulnik didn’t immediately respond to a request for comment and a spokeswoman for The RealReal said the company declined to comment.