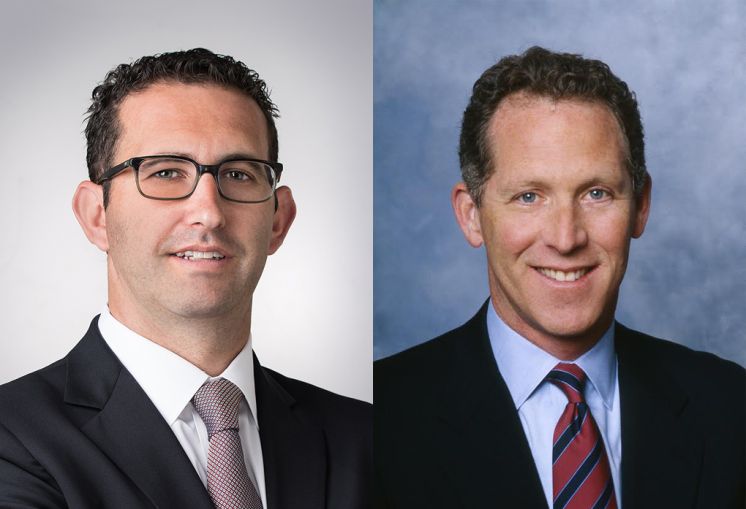 Landlord Jack Resnick & Sons is making major changes at the helm of its leasing division.

Greenberg, 56, has already officially been promoted to executive managing director of leasing and the transition of power is taking place now. The 175-employee company has also snapped up Adam Rappaport, 40, from Thor Equities, where he was a vice president of office leasing, to fill Greenberg’s role.

“The multi-generational success of Jack Resnick & Sons is based on a sense of family, collaboration and continuity, and no single individual epitomizes our unique corporate culture more than Dennis Brady has over the past four decades,” Burton Resnick, the chairman and chief executive officer of the nearly 90-year-old Jack Resnick & Sons, said in a statement. “And while his contributions will be sorely missed, we also know that our firm remains in great hands.”

A 30-year industry veteran, Greenberg has been in a managing director role at the company since he joined the firm in 2010. Prior to that he was a managing director at Equity Office and a senior vice president of leasing at SL Green Realty Corp. He was also a broker at CBRE. Greenberg will manage all aspects of leasing and marketing for Jack Resnick & Sons’ 6-million-square-foot office, retail and residential portfolio.

“Since joining the firm in 2010, Brett has done a masterful job with our Lower Manhattan portfolio,” Resnick said. “We look forward to his continued contributions and leadership throughout our entire portfolio.”

At Thor, Rappaport oversaw the leasing of 2.5 million square feet of office space nationwide. Prior to that he was a senior director at Cushman & Wakefield. Rappaport recently represented Thor in a 35,000-square-foot deal at 88 Greenwich Street for the 9/11 Tribute Center and in a 18,019-square-foot transaction for Anomaly Partners at 536 Broadway.

“I am excited about the opportunity to join a prestigious family-owned real estate company with an incredible track record,” Rappaport said via a spokeswoman.

Rappaport will be busy with leasing at Jack Resnick & Sons’ 315 Hudson Street, a 10-story, 500,000-square-foot property that is undergoing a $65 million renovation. There is currently 235,000-square-foot block of space available in the property. The company is also is marketing 413,000 square feet of office space at 199 Water Street, a 1.1-million-square-foot 35-story tower that is also known as One Seaport Plaza.

“We are thrilled to have Adam join us to oversee leasing efforts for our important Downtown and Midtown South office properties,” Jonathan Resnick, the president of the company, said in prepared remarks. “With his deep experience and relationships throughout the Manhattan marketplace, we’re looking forward to continued success with our leasing programs.”