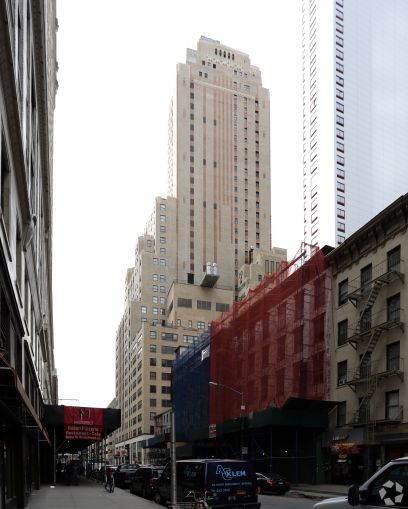 The 9/11 Tribute Center, initially established as an interim memorial until a larger museum was set up, is expanding to a new location in Lower Manhattan, the nonprofit announced.

The 10-year-old visitors’ center will relocate to Thor Equities’ 88 Greenwich Street at the corner of Rector Street from 120 Liberty Street between Trinity Place and Greenwich Street, according to a press release from the organization that runs the center. The group has signed a 36-year lease for roughly 35,000 square feet, according to The New York Times, which first reported news of the relocation. That’s triple what the 9/11 Tribute Center currently occupies.

The center opened in September 2006—five years after the attacks. Then-Gov. George Pataki said at the time of the opening that the 9/11 Tribute Center would be a temporary one until a national museum was finished at the World Trade Center site, as the Times reported. Originally, the museum was slated to open in 2009, but was not finished until 2014, with the 9/11 Tribute Center remaining active.

The more permanent center is slated to open in spring 2017. When it’s done, the center is expected to handle 750,000 to 1 million visitors per year, according to the release.

“As we focus on tomorrow, we have to let young people know that through an understanding of 9/11 they can learn the importance of service and contributing to their communities,” Lee Ielpi, the president of the board of directors for the September 11th Families’ Association and the co-founder of the 9/11 Tribute Center, said in prepared remarks. “They can remember and honor those who were lost on 9/11 by participating in acts of service. The expanded exhibits and programs will allow people from around the world to understand and then commit to acts of service to make a difference in their communities.”

The expanded location will feature exhibits from the day of the attack 15 years ago, the response and the rebuilding. Jennifer Adams-Webb, a co-founder and the chief executive officer of the 9/11 Tribute Center, said in the release that 30 percent of the exhibition will be dedicated to the day itself and immediate aftermath; another 30 percent to the long-term physical and emotional recovery; and another 30 percent to recognize humanitarian efforts such as foundations that were established after the attacks. Lee H. Skolnick Architecture + Design Partnership is designing the exhibits, the release indicates.

Asking rent for the space is listed as $45 per square foot, according to CoStar Group. The Times noted that Thor is paying to complete the currently unfinished space at 88 Greenwich Street.

“All of us who care about New York City understand how important it is to remember those who were lost in the 9/11 attacks, and the Tribute Center does an incredible job of preserving their memories,” Joseph Sitt, the CEO of Thor, said in a statement.