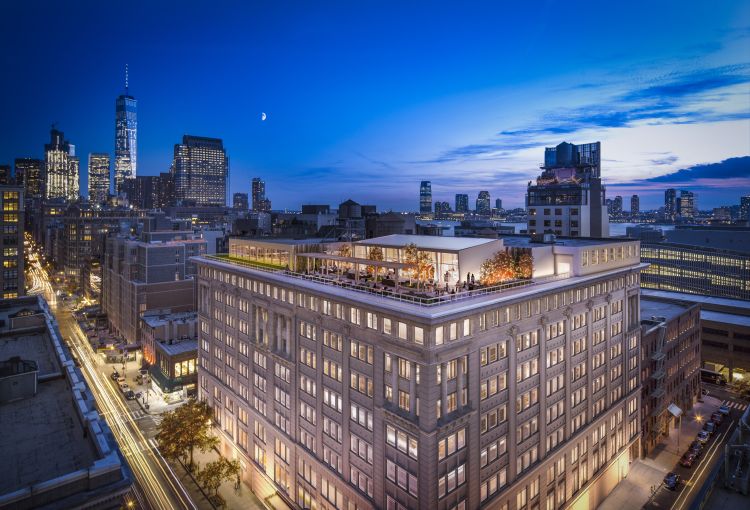 The retail behemoth Bed Bath & Beyond has signed a deal for 27,778 square feet on the entire 11th floor of 250 Hudson Street for the photo studio, slated to open this summer, according to The New York Post, which first reported news of the deals. Bed Bath & Beyond has also sealed a deal to relocate home decor and subsidiary, One Kings Lane, to 51,576 square feet on the fourth floor of 315 Hudson Street. One Kings Lane is currently on the eighth floor.

Both deals are 10 years, and asking rents range from $75 to $90 per square foot, according to the Post.

“We are thrilled that the company has selected 250 and 315 Hudson to create a top-tier, urban studio and believe their decision will solidify our Hudson Square portfolio as a leading destination for a wide variety of creative, advertising, media and technology tenants,” Brady, an executive managing director at Jack Resnick & Sons, said in prepared remarks.

Steven H. Temares, the chief executive officer of Bed Bath & Beyond, said in a statement: “We are excited to share the plans to open our new Bed Bath & Beyond design and photo studio in Manhattan that will provide significant benefits and capabilities to help further reinforce our position as ‘the expert for the home. We believe bringing more of these capabilities in-house will allow us to enhance our ability to produce more inspirational content. In addition, we expect this effort, over time, to help improve our digital marketing assets and drive other operational efficiencies for the business.”

The company plans to bring a significant amount of the design and photography work for the company’s brands, which include Bed Bath & Beyond, buybuy BABY, Christmas Tree Shops, andThat! and Harmon Face Values in-house.

At 315 Hudson Street, which is between Spring and Vandam Streets, Jack Resnick & Sons is undergoing a $65 million renovation project, with the lobby slated for completion this summer and the second phase (landscaped green roof, new mechanical systems, modernized elevators with a destination dispatch system and new windows) ready in 2019. It is a building the company has owned for over 55 years. Other tenants in the building include Galvanize, IntentMedia and Moda Operandi.

Jack Resnick & Sons has owned 250 Hudson Street between Broome and Dominick Streets since 1968. This building underwent a $40 million renovation, completed in 2008, according to CoStar Group. Tenants in the building include Edelman and Gluckman Tang Architects. CO reported last September, Lieff Cabraser Heimann & Bernstein signed a 10-year, 27,778-square-foot deal to remain at 250 Hudson Street three years before its lease expired.