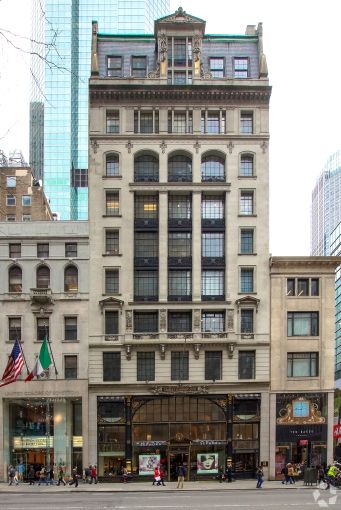 Joseph Sitt’s Thor Equities has brought on board Avison Young to oversee the leasing of its existing office portfolio in New York City following the departure of Adam Rappaport, who oversaw office leasing, Commercial Observer has learned.

The landlord came to an agreement with Avison Young on May 1, but the terms were finalized today, according to people briefed on the assignment.

Neither Thor nor Avison Young would disclose the size of the portfolio because the company is “a silent partner on a number of deals,” a spokesman for Thor said.

CO’s count on the company’s website reveals nearly 1.3 million square feet of active and under development office properties in 18 buildings. This includes its planned 800,000-square-foot project in the Red Hook section of Brooklyn at 280 Richards Street, as well as Manhattan buildings, including 590 Fifth Avenue, 597 Fifth Avenue and 245 Fifth Avenue. (CBRE was previously selected to lease the Red Hook development and will continue to do so).

Avison Young will begin marketing Thor’s spaces later this month. Principals Arthur Mirante and John Ryan will lead a team of five brokers in the effort.

The assignment was being negotiated before Rappaport, a Thor vice president, left last month to become a managing director of leasing at Jack Resnick & Sons, as CO reported earlier today. Rappaport was the only broker in-house that worked on Thor’s New York City office portfolio.

“After leasing up the majority of our office space in New York City, we felt Avison Young was the best firm to handle Thor’s office lease renewals and remaining availabilities going forward,” the spokesman said in a prepared statement.

The company spokesman put the office vacancy rate at less than 3 percent.

Thor chose Avison Young, which has 63 brokers in the New York metro area, in part because it was “extremely impressed with [its brokers’] knowledge of the New York City office market, deal-making ability and the personal involvement of their team leadership,” the statement continued.

While Thor is known for being an active New York City retail real estate player, the 31-year-old company has 160 properties worldwide comprising 20 million square feet and valued in excess of $10 billion, according to its website. It has properties around the U.S. and in Mexico, London and other parts of Europe.

“Thor Equities owns a premier portfolio of office assets with prime locations,” Mirante, who is also the New York tri-state president of the company, said in a statement. “Each of Thor’s buildings has its own unique offerings and individual leasing opportunities that will appeal to a diverse tenant base.”