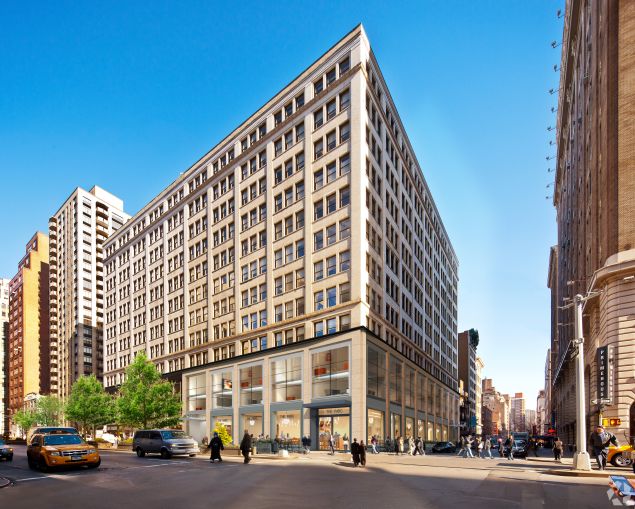 Impact Radius signed a deal for part of the eighth floor, which is pre-built space, for three years, with an asking rent of $73 per square foot, according to a spokeswoman for Newmark Grubb Knight Frank. The company will be relocating on Jan. 1, 2017 from 185 Madison Avenue between East 34th and East 35th Streets.

Impact Radius, which this year raised $30 million in growth funding from Boston-based Silversmith Capital Partners, has seven offices including the one at 185 Madison Avenue. It needs to expand following its acquisition of Forensiq, a leader in advertising fraud prevention, this year, the NGKF spokeswoman said.

Matt Leon and Andrew Margolin of NGKF represented the landlord in the deal and Cushman & Wakefield’s Jamie Katcher and Doug Regal represented the tenant. A spokesman for C&W didn’t immediately respond with comments from the brokers.

The building is over 90 percent occupied with new tenants since the multi-million dollar renovation was completed in the first quarter.

Parisian bistro Artisanal Fromagerie Bistro is slated to open at the base of the 12-story, 222,000-square-foot building. The two-story space will house a restaurant, cheese store, bakery, lounge and three private rooms for events. Residential real estate brokerage Citi Habitats has its corporate headquarters in roughly 19,000 square feet on the fourth floor of the building, as CO previously reported. And at the end of last year, Criteo, a French online advertising company, signed a lease for 19,269 square feet amassing the entire 10th floor of the building, expanding its footprint in the building to nearly 60,000 square feet (it already had the entire 11th and 12th floors), as CO reported. Asking rents in the building at the time were $77 per square foot.