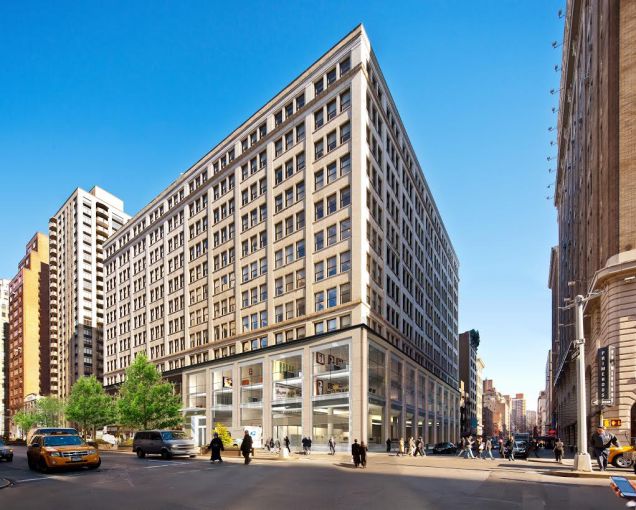 Artisanal Fromagerie Bistro has signed a lease to relocate its restaurant to TF Cornerstone’s 387 Park Avenue South in Midtown South, the landlord announced.

The Parisian bistro will be moving into the 11,000-square-foot space between East 27th and East 28th Streets in the summer of 2016. It will house a restaurant, cheese store, bakery, lounge and three private rooms for events, as Eater first reported. The new lease spans two floors, nearly quadrupling its current space at 2 Park Avenue between East 32nd and East 33rd Streets.

Restaurateur Sarid Drory bought Artisanal, a cheese-centric restaurant founded by chef Terrance Brennan in 2001 in June of last year, according to a spokeswoman for TF Cornerstone. Mr. Drory was not immediately available for comment.

Along with current favorites, the new menu will be expanded to include 560 types of cheese and 2,500 types of wine, according to a press release.

Savills Studley’s Jeff Lagowitz represented the tenant in the deal, and did not immediately respond to a request for comment. Steven Baker and Aaron Fishbein of Winick Realty Group represented the landlord.

The asking rent in the deal, which was signed last week, was $250 per square foot, said Mr. Baker, who declined to disclose the length of the lease. The retail portion of the 215,000-square-foot building is now at full occupancy, Mr. Baker said. Winick also brokered Barry’s Bootcamp’s 4,601-square-foot deal at 387 Park Avenue South on behalf of the landlord in September, as CO reported.

The developer acquired the pre-war, 12-story building in 2005 and gave it a makeover early this year, including a glass facade from the base to the third floor, and renovations to the lobby, elevators and roof deck featuring a glass penthouse.