Do Developers Have a Life (or a Fantasy Life) Outside of Real Estate? 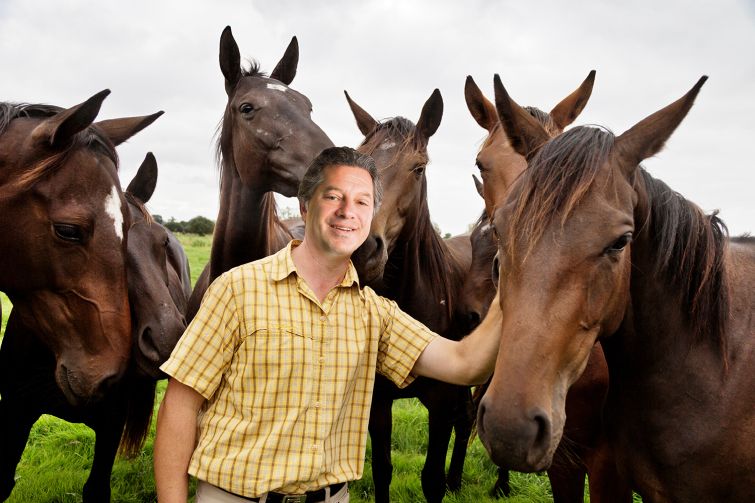 Not to get too Inside the Actors Studio on our owners, but one of the questions we felt compelled to ask was, “If you weren’t in real estate, what would you do?”

Unlike the Manichean either/or of our lightning round, or the analytical questions about 421a and WeWork, each response suggests something deeper (and more personal) about our owners. Suddenly, there are all sorts of fates that could have been. We get a glimpse at who Nicholas Bienstock of Savanna and Jeff Levine of Douglaston Development are when they go home at night (writer and rabbi, respectively). Each fantasy life promises to be completely different from their real life.

Or so we thought. Not that it should come as such a surprise, but the most common what-if fantasy for these men and women was real estate. (So much for indulging in fantasy.)

“Never thought about it,” said Richard LeFrak of LeFrak. “Being a developer is my whole life.”

“I would miss [it],” replied Tommy Craig of Hines. “It’s too late to change now, though.”

“Well, since I’ve only been at it for 60 years, it’s hard for me to think of any alternative,” said Silverstein Properties’ Larry Silverstein.

We’re glad there are at least no regrets. But there were a few owners who let us in on their life beyond just brick and mortar.

“I’d be a spokesmodel,” said Douglas Durst of the Durst Organization. (We thought he was kidding, but when we asked a representative if his boss really wanted to be a supermodel, the reply was, “Spokesmodel. It’s different.”)

“I would train thoroughbred horses,” Marc Holliday of SL Green Realty Corp. told CO. “Apart from my role at SL Green, I am a horse owner, breeder and a big fan of racing.”

Holliday is not the only horse owner amongst the landlords. “I own a couple of racetracks and horse farms,” said Jeffrey Gural of Newmark Grubb Knight Frank, “but my first love was really construction. I have a degree in civil engineering, and if I wasn’t in real estate, I would be in construction.”

Both Robert Lapidus of L&L Holding Company and David Zar of Zar Property NY would go into the rock-and-roll business.

Some of these owners are already active in a second life. Charles S. Cohen, for instance, is an extremely successful movie producer (his film Hitchcock/Truffaut was screened at Cannes last year). And apparently Jared Kushner’s second life as a publisher (of CO and the Observer) and political insider is not all there is—when Kushner was asked the question he responded, “Chef.”