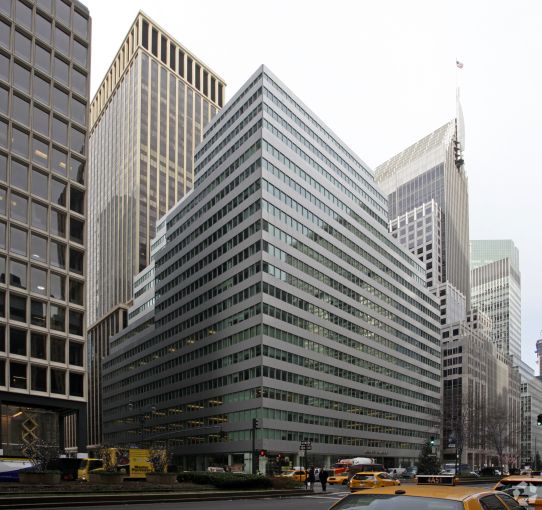 WeWork has added another 100,000-plus-square-foot space to its New York City portfolio, a day after news broke that the coworking behemoth was looking for $750 million in debt.

The shared workspace provider inked a sublease with Colgate-Palmolive at 300 Park Avenue between East 49th and East 50th Streets, The Real Deal reported. WeWork is taking 109,631 square feet on the 12th through 14th floors, according to CoStar.

Each floor comes out to about 36,500 square feet, according to marketing materials from Colliers International.

WeWork is slated to move in April 2016, CoStar data shows. Its lease expires in June 2023. The asking rent in the deal was not immediately available.

Brian Given, Sheena Gohil and Steve Jaray of Colliers represented Colgate in the deal, TRD reported. A Colliers spokesman did not immediately return a request for comment. The sublandlord is the anchor tenant of the structure—also known as the Colgate Building—and leases 338,322 square feet in the 26-story tower.

WeWork is seeking a $750 million credit facility from the likes of J.P. Morgan Chase and Deutsche Bank. By securing the financing, WeWork could effectively restructure the way it operates, as CO reported today. The debt would also let WeWork expand its footprint, which already covers more than 1 million square feet in New York City.

The company had a $10 billion valuation when it entered a Series E fundraising round in June. That ended with more than $430 million in venture capital poured into the company.

A WeWork spokeswoman did not immediately return a call for comment.