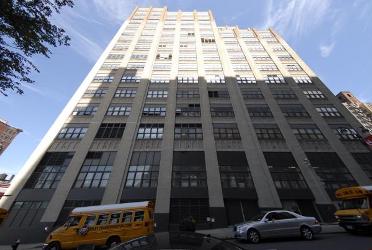 EcoHealth Alliance has signed a 10-year renewal for its 11,000-square-foot space on the 17th floor at the Kaufman Organization’s 460 West 34th Street.

“EcoHealth loves the building and the neighborhood, especially as the Hudson Yards District continues to emerge as one of the most exciting new areas in Manhattan,” said James Emden, vice chairman at Colliers International, in a statement. “We explored relocation options, but the Kaufman Organization has been a tremendous partner. Signing an early renewal for the existing space was the most desirable option.”

A nonprofit environmental health organization, EcoHealth Alliance was founded in 1971 by British naturalist Gerald Durrell and was known until 2011 as Wildlife Trust. The organization’s mission is to both protect global health by preventing the outbreak of emerging diseases and safeguard ecosystems by promoting conservation.