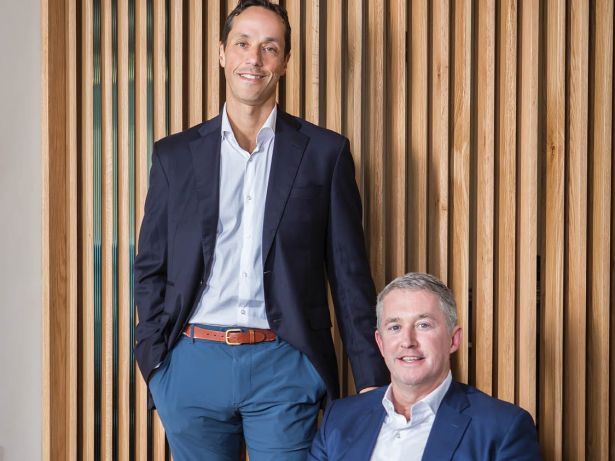 “We built a rainy-day business model. It poured and there were no leaks,” Jeff DiModica said. “We were happy how the business was able to come through COVID; that’s what we set ourselves up for over the past few years.”

Indeed, Starwood Property Trust’s multi-cylinder investment strategy paid off during COVID. “We had $3 billion of unencumbered assets, a $2.5 billion equity portfolio, plus about $800 million in cash at all times to go through COVID while a lot of people who only had a loan book didn’t have the ability to create liquidity,” DiModica said.

The firm laid the groundwork long in advance, reducing its exposure to repo line and warehouse financing and entering the pandemic with significantly more access to liquidity, unlike several of its peers.

“It allowed us to pay down some of our warehouse lines proactively,” DiModica said. “Throughout the crisis we’ve sat in an extraordinarily strong liquidity position, and we’ve also been an investor. We’ve written loans post-COVID, and we’ve bought almost $700 million of residential loans. We used our strong liquidity position to lean in where we could at extremely discounted prices. Looking back, these will be the best purchases we’ve made since our inception.”

Starwood also avoided some of the landmines COVID blew up, with retail accounting for less than 3 percent of its assets going into COVID (“We had a negative opinion of retail for a long time,” DiModica said) and hotels only 11 percent.

The firm had a stellar 2019. With a $17 billion balance sheet under its belt, it deployed around $11 billion in capital and wrote about $7 billion in loans. In addition to its U.S. loan activities, it also increased its international exposure —including a $250 million deal on 22 Hanover, a development deal in London that’s a mix between high-end residential condos and a Mandarin Oriental hotel — a big goal for the firm.

With the loan market especially heated in 2019, its deal volume was relatively flat year-over-year,  but “we didn’t need to chase deals,” Dennis Schuh said.

It also silenced the haters who questioned its $379 million debt investment in the former Lord & Taylor building in Manhattan, owned by a joint venture that included We Co.

“The market didn’t agree with us that the building was worth what it was,” DiModica said. “We got paid very well for doing that loan, and ultimately, Amazon proved our thesis and bought the property at the same value we underwrote the property at.”

The payoff happened March 13, the lowest day of the stock market. “We were happy to be vindicated as everyone worried about our WeWork exposure, but for us it was always about the building. We were proven right on the worst day you could have had a proof test,” DiModica said.

Starwood’s goal is to aggressively put money out for the rest of 2020, and it isn’t shying away from transitional deals.

“As part of a firm [that] has $60 billion in assets and underwrites business plans and forward-looking cash flows, we can still do value-add deals,” Schuh said. “We evaluate every deal at a bespoke level, so whether it meets our hurdles and is a good risk-reward opportunity, but we also want to default to being as conservative as possible; that’s what everyone does coming out of a shock.”

“We want to make sure we continue to have a fortress balance sheet going forward,” DiModica said.—C.C.