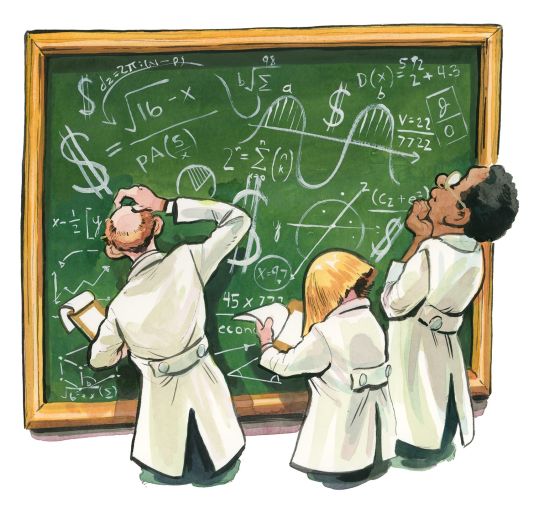 Before the COVID-19 pandemic hit, industry players would often say a comforting characteristic of the overly elongated cycle was that there wasn’t a ton of leverage in the market. While that may have been true when it came to leverage on individual assets — with loan-to-value and loan-to-cost ratios far more conservative following the global financial crisis — the leverage taken on by finance companies via repo lines and warehouse financing was the risk hiding behind the curtain.

“Post-COVID, I don’t think any borrower should do business with a lender without first asking that lender how they’re funding themselves,” one Power Finance banker said.

COVID-19-related market volatility caused unprecedented illiquidity in repurchase agreement financing, and news headlines early on in the pandemic underscored a marked changing of the tide. The dangers of reliance on repo lines in a downturn were clear as mortgage REITs faced intensifying margin calls, with the value of the real estate securities used as collateral for those lines, including CMBS and CLOs, plummeting.

TPG Real Estate Finance Trust was one such lender — eventually being recapitalized by Starwood Capital Group in late May after market volatility forced it to sell off $1 billion in assets to meet margin calls —but they were by no means alone. AG Mortgage Investment Trust, a hybrid REIT heavily weighted in agency securities, sold $880 million of bonds in order to satisfy its margin calls. The move resulted in a material adverse impact on its book value, earnings and financial position. AG then turned around and filed a suit against its repo lender, Royal Bank of Canada (RBC), to stop it from selling assets that were part of the collateral for its repo line. On May 28, the two entered into a settlement.

For its part, TPG REIT de-risked its balance sheet using a mix of asset sales, the Starwood investment, and a voluntary deleveraging of its repo and warehouse borrowings secured by a portion of its first mortgage loan investment portfolio, as Commercial Observer reported.

“The problems really started with the mis-financing of CMBS and agency securities on some firms’ books and then it trickled into other types of funds such as hedge funds — the people who moonlight into these strategies, looking for yield and generally towards the later periods of a cycle,” one debt fund executive said, speaking generally. “What happens is you end up seeing the proverbial emperor who hath no clothes who’s now forced by their investors or lenders to liquidate those portfolios.”

Warehouse lines and repo lines have been par for the course for debt funds and mortgage REITs, the financing structures being a way to effectively lower their cost of capital and compete in the (once-competitive) marketplace, but is it now time for the model to change?

“Yes and no,” said one head of a mortgage REIT.  “I would say warehouse leverage is fine and those who solely used warehouse leverage — conservatively — aren’t the ones who got in trouble during COVID; it’s the guys who had over-leveraged securities books who did. It was really poor liquidity management in buying highly levered securities on repo; those securities traded down the most. Fortunately that wasn’t our business model.”

“There have always been concerns around how debt funds and mortgage REITs’ capital is put together … how their balance sheet is funded,” another banker said. “COVID-19 put substantial strain on them. The mortgage REIT industry was probably worst affected by this crisis, and some of them will probably never recover. Their market values are a fraction of what they were.”

As a result of some of the stress from being beholden to other lending institutions, some funds were forced to sell off loan positions or step away from deals they had lined up when the pandemic hit, leaving borrowers in the lurch (and giving better capitalized lenders the chance to step in … for a higher price, of course).

Pre-pandemic, the playing field was relatively flat in terms of what banks versus debt funds could offer borrowers.

“If you deal with the debt funds, maybe they had slightly better pricing or whatever pre-crisis,” a senior vice president at a bank said. “And then you go through a crisis like this and you’re like, ‘Well, okay, maybe I need to think about other components of making a decision like that again.’”

Some banks may be beating their chests a little now as some of their debt fund rivals struggle, but the non-bank lenders who took a more conservative approach to leverage and diversified their businesses, positioning their books well for the cycle’s late innings, are the ones still standing strong through it. Thus proving that their non-bank lending model is working.

Indeed, before TPG was recapitalized by Starwood Capital, one of its non-bank competitors, Mack Real Estate Credit Strategies, was also said to be one of the potential providers of rescue capital.

“There’s definitely the have and have-nots,” said one non-bank lender. “We’re aware of a number of debt funds that are liquidating their portfolios, and I’d say it hasn’t reached peak velocity yet.”

One head of a debt fund said he saw trouble on the horizon long before COVID-19. “We were able to see our competitors’ mistakes brewing in the market,” he said. “People were being pretty exuberant in pricing over leverage, using these warehouse facilities, doing securities in certain other vehicles. We’ve always avoided those types of mistakes. It doesn’t mean other firms had bad assets or bad loans — although there were some of those — they really just made a bunch of mistakes with those repo lines.”

Decisions made during COVID-19 could impact investors’ view of firms going forward.

“In terms of capital formation, investors  — while they see opportunity coming out of this — are going to be very selective regarding firms’ infrastructure, who’s managed their portfolios correctly and who’s behaved and performed through this crisis in terms of their underlying assets,” the debt fund head said. “They’re going to be extra picky because they’re also digesting other issues and other considerations in their portfolios — even if we all can stipulate that it’s a tremendous opportunity for debt funds right now, both from a value relative to equity and the fact that you can get equity- or opportunistic-like returns coming out of a situation like this.”