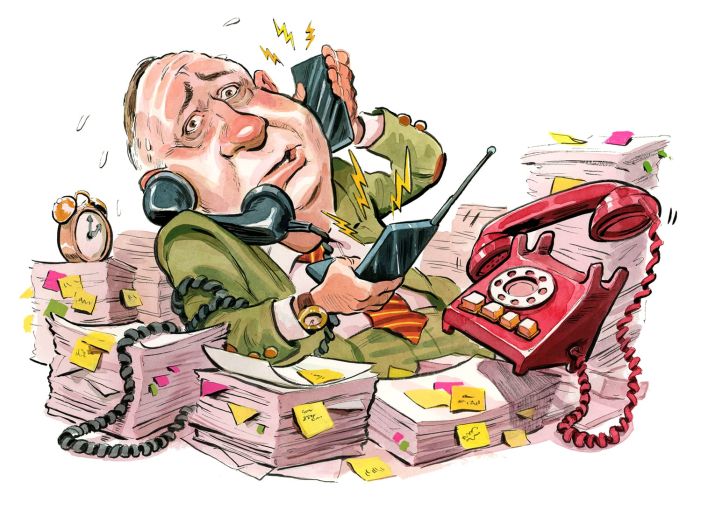 AT YOUR SERVICER: Special servicers phones have been ringing off the hook. Illustration by Britt Spencer

Little surprise then that it’s been boom times for special servicing.

As the COVID-19 pandemic has shut down economies around the globe, the commercial real estate scene and CMBS have inevitably been impacted. Hotel business in many locales has all but dried up; restaurant and retail tenants have been forced to close their doors or have seen customer traffic slow to a trickle. This downturn has flowed upstream with tenant weakness leading to delinquent or otherwise troubled loans, which, in turn, has led to a dramatic increase in the number of mortgages being transferred to special servicing.

According to numbers from Kroll Bond Rating Agency, just over $11 billion in CMBS loans were in special servicing as of the week ending June 18. That was up almost three-fold from just under $4 billion the week ending March 7, right around when the pandemic’s impact began to be felt in the U.S.

This dramatic increase in activity comes after what had been a slow patch for special servicing over the last few years, noted Roy Chun, managing director at Kroll.

“It’s been a benign, strong economic growth environment for the last few years, so delinquencies were very low, and loans in special servicing were very low and on the decline until this happened,” he said.

Even more unique than the volume of loans transferred has been the acceleration of the situation, said Adam Fox, senior director at Fitch Ratings, noting that, typically, economic crises take some time to work their way through the system

“When the 2008 recession happened, you didn’t get their height of special servicing and delinquencies until around 2011,” he said. “It took roughly three years for it to kind of play through the system … Now you’re playing it out in months.”

According to Fitch, June saw the largest month-over-month rise in CMBS delinquency rates (from 1.46 percent to 3.59 percent) since the agency launched its loan delinquency index almost 16 years ago. The agency also predicted that delinquencies would continue to rise and hit a peak of between 8.25 percent and 8.75 percent in the third quarter of 2020.

While this is obviously bad news for the broader economy, it has meant a shot in the arm for special servicers. Greystone Chairman and CEO Stephen Rosenberg summed up the situation in a recent interview with Commercial Observer in which he noted the company happened to complete the purchase of special servicer C-III in January, just before the pandemic hit.

“The reason we were attracted to that opportunity is as a hedge to a downturn in the economy,” Rosenberg said. “Little did we know that three months after our purchase, the economy would actually take a dive.”

It has also meant something of a staffing crunch for special servicers as they ramp up to meet demand.

“No one could have predicted or been properly staffed for the velocity at which everything showed up on their doorstep the last 120 days,” said Chris Herron, managing director at Iron Hound Management.

Chun noted that special servicers typically have contingency plans in place to deal with unexpected downturns.

“They’ve experienced it before where things are going well and then you have an economic disruption and to be able to change around resources and staff up to meet those demands, I think people are generally prepared for that and expect that to happen,” he said.

Predictably, special servicers are seeing the most loans from the sectors hardest hit by the crisis, with lodging and retail leading the way with 14.2 percent and 6.6 percent, respectively, in special servicing. Office, on the other hand, is at 1.9 percent, while multifamily is at 1.7 percent.

Fitch’s Fox said that transfers to special servicing appear to have peaked, however.

“There was a peak and now that peak seems to be coming down,” he said. “The volume has come down, though it is still high by historical standards.”

Whether that downward trend continues remains to be seen, however, Fox said, noting that Fitch projects delinquencies will continue to rise.

Complicating matters are the many questions around the nature of the pandemic and how it will play out. Is additional government stimulus on the way? Will a vaccine arrive next year that will let the country get back to business? There was a brief bout of optimism last month after the virus was beaten back in early hotspots like New York City. Now it is raging again throughout the South and Southwest.

This uncertainty is impacting decisions about whether to send loans to special servicing, Herron said. While CMBS pooling and servicing agreements have certain red lines for when a loan must be transferred, there are also more marginal cases.

Some controlling bondholders may be trying to delay moving those marginal cases to special servicing to avoid triggering an appraisal of the property, Herron said.

“When a loan goes to special servicing, there are certain terms in the PSA that define when an appraisal has to be ordered,” he said. “If your appraisal comes in inside of a debt, then obviously you have to write down that debt. And those losses, based on the appraisal, determine control [of the CMBS].”

The use of appraisal-linked losses, on top of actual losses, to determine the controlling class was a feature that was launched starting with CMBS 2.0 deals.

“What that leads to is there is the possibility that [controlling bondholders] will want to delay this valuation,” he said. “The legal requirements of the documents are likely to be pushed out as long as is acceptable, because right now we know the world is not normal.”

In a similar vein, Herron said many of the discussions Iron Hound is currently having with special servicers on behalf of clients are focused on shorter-term triage.

“In New York City, for example, no one is coming back until September,” he said. “So bridging the gap from now until then, or just getting through 2020, is the main goal of a lot of the discussions we are having right now. Right now, everybody is just trying to figure out, how do we [get to] a time when we can have conversations in earnest about what the thing is worth, what it is going to be worth, and where money has to come in to fix the problem.”

That gap can only be bridged for so long, though.

“If you’re talking about an asset where you have to protect it with cash and after six or seven months you still don’t have the ability to say which way things are going, it gets hard to continue to just feed that asset out of pocket,” Herron said. “And that’s when the workouts and restructurings begin.”