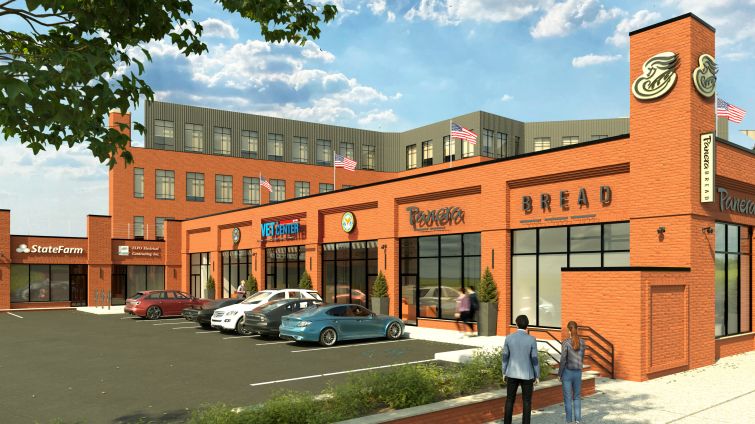 The U.S. Department of Veterans Affairs found a new home for its Queens veterans center in Bohack Square in Ridgewood.

The department inked a 20-year deal to relocate its vet center from 75-10B 91st Avenue in Woodhaven to 6,000 square feet in Bohack Square, at 50-05 Metropolitan Avenue, according to SVN BIOC’s Jonathan Stravitz, who brokered the lease for the tenant with colleague John Aires. Asking rent was $35 per square foot on a triple-net basis — meaning the government will foot the bill for property taxes, maintenance and other building expenses, Stravitz said.

Metropolitan Two Realty’s Bohack Square’s proximity to both Brooklyn and Queens bus lines, plus its large parking lot, made the location a perfect fit for the vet center, Stravitz said.

“It’s going to be beautiful for the vets,” Stravitz said. “Bohack Square did a very good job of taking care [of the tenant]. They really appreciated that it was the U.S. government and that they were helping veterans.”

Those veterans will be able to get counseling for depression, post-traumatic stress disorder, bereavement and other services at the center, according to the VA’s website. The VA did not respond to a request for comment on when the location would open or the size of its previous outpost.

Bohack Square, at the intersection of Metropolitan and Flushing avenues, formerly was the headquarters of grocery store chain Bohack and now sports a Panera Bread, a State Farm insurance outpost and Ellen’s Wines and Spirits as its other retail tenants, according to a representative for the landlord. Metropolitan Two bought it for $6.5 million in 2011 and redeveloped it into an 86,800-square-foot office and retail complex that opened in 2019.