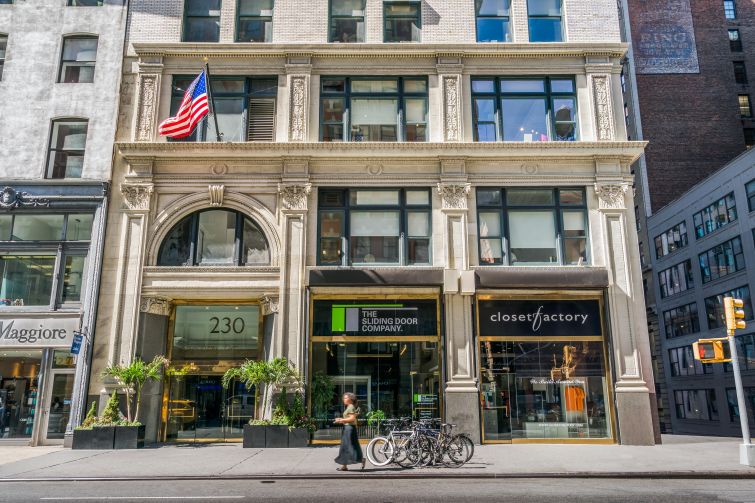 GFP Real Estate has secured a $47 million refinance for 230 Fifth Avenue, its office building in Manhattan’s Flatiron District, according to a release.

JPMorgan Chase provided the 10-year, fixed-rate loan. The loan replaces an existing $50,000,000 loan from Principal Life that was originated in 2013.

Newmark brokered the loan on behalf of the sponsor with a team led by Paul Talbot.

“230 Fifth Avenue is New York City’s premier home fashion and design showroom destination — and remains one of the only specialized buildings left in the city,” Jeffrey Gural, chairman and principal of GFP Real Estate, said in prepared remarks. “We are thrilled to have worked with [JPMorgan Chase] again to refinance the property, as the property continues to see strong demand from the home accessories and furnishings industry.”

Built in 1914, 230 Fifth Avenue is a 20-story, 465,000-square-foot Beaux Arts-style building that houses over 140 showrooms, including home textiles, architectural products and art. GFP Real Estate acquired the building in 1958. Located between 26th and 27th streets, the building is also known as the New York Market Center and is approximately 96 percent leased, according to the release.

“[JPMorgan] Chase’s loan process was streamlined and very cost-effective, which enabled GFP to close in a timely manner amid a very volatile interest rate market,” Talbot said in a release.