What’s in Your Building? Capital One Expands Footprint at 114 Fifth Avenue 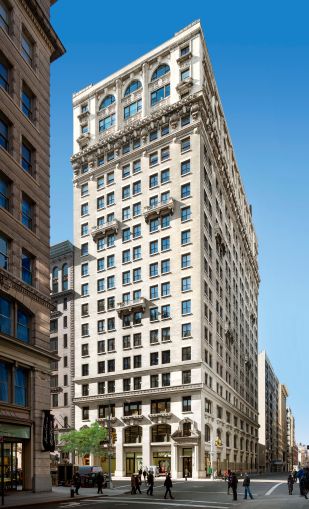 Capital One Bank is nearly doubling its space to 116,926 square feet at 114 Fifth Avenue, the landlords announced.

The bank extended its lease for 12 more years and tacked on another 60,000 square feet in the 19-story, 352,000-square-foot Flatiron District tower owned by L&L Holding Company, Columbia Property Trust and Allianz Real Estate, Bloomberg first reported. A source with knowledge of the transaction said the asking rent was $110 per square foot.

Capital One originally took about 40,000 square feet around the time that the building was refurbished in 2014 to meet the needs of technology, fashion, media and publishing firms that were gravitating toward the area, according to L&L’s David Berkey. It’s unclear when the bank signed for the balance of about 17,000 square feet, but its offices now spread across three floors in the property.

“Capital One was one of the first companies to sign on at 114 Fifth Avenue at the conclusion of an extensive redevelopment program intended to foster an ideal environment for innovation and creativity,” Berkey said in a statement.  “We are thrilled to accommodate their continued expansion, which is indicative of the ongoing need among cutting-edge companies for top-quality workspaces in New York City’s most dynamic neighborhoods.”

Berkey represented the landlords in-house while Cushman & Wakefield’s Dale Schlather and Greg Herman brokered the deal for Capital One. C&W declined to comment.

Since the repositioning of the building, it has attracted tech-savvy tenants such as the recently resurrected Gawker Media, Chainalysis, Unqork and the Acxiom Corporation.