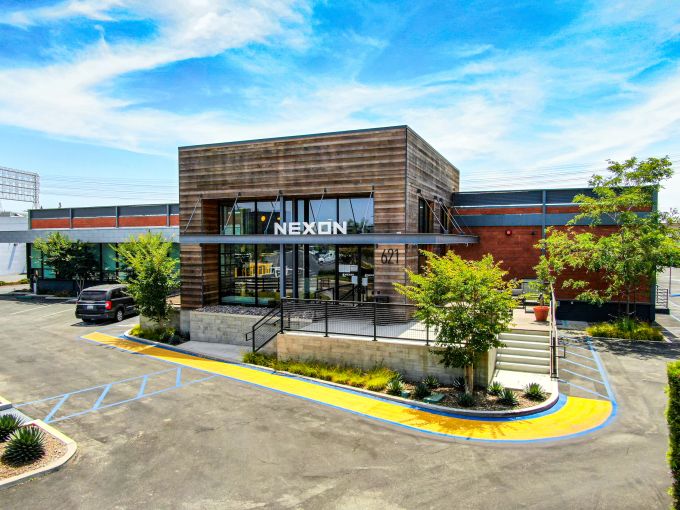 The office at 621 Hawaii is fully leased to Nexon America. Joe Chung Photography

The owner of the North American headquarters for Nexon — South Korea’s largest video game developer — has traded the property to BLT Enterprises.

The small coastal city just south of LAX has attracted perhaps the most diverse tenant base in the region, with L’Oreal opening its new headquarters earlier this week alongside Beyond Meat, and with the L.A. Chargers’ new corporate headquarters and training facility now under construction. And Nexon’s two-story office at 621 Hawaii Street is positioned between the Raytheon and Northrop Grumman buildings in El Segundo’s aerospace and defense industry.

Over the past few years, more than 2 million square feet of commercial space within the 11-square-mile city has been renovated, is under construction or is planned for adaptive reuse, according to Newmark.

“The South Bay, and El Segundo in particular, continues to be where many L.A. investors want to invest post-COVID,” Newmark’s Sean Fulp said in a statement. “More so, [Nexon]’s credit and industry along with the building’s low-rise profile and creative interior buildout generated very strong interest in 621 Hawaii.”

Newmark’s Fulp, Ryan Plummer, Mark Schuessler and Geoff Ludwig represented Montana Avenue Capital, which has been on a bit of a selling spree this year. The firm sold a 5.2-acre property in Torrance to Brookfield, and a 56,300-square-foot life sciences building in Marina Del Rey.