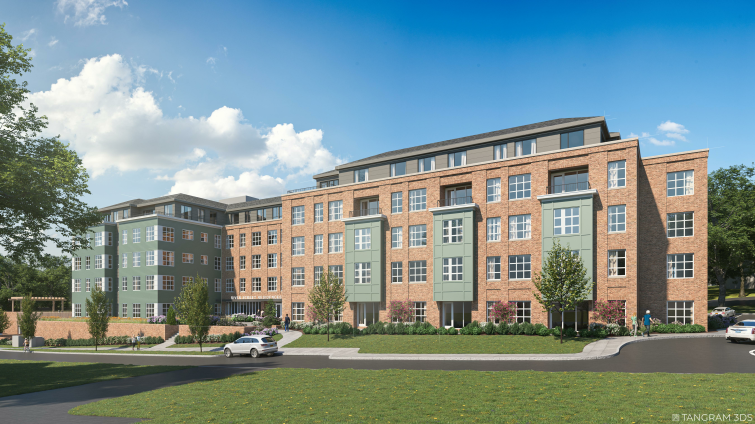 Cambridge Savings Bank (CSB) supplied the loan for SLV to finance construction of the apartment communities in Winchester, Mass., comprising 242 total units. The properties on 416 Cambridge Street and 19-35 River Street sit roughly eight miles from Downtown Boston and will include 61 affordable units.

The CSB transaction comes on the heels of the bank providing a $61.7 million loan to The Michaels Organization to back the construction of an apartment building with a mix of market-rate and affordable units in Dorchester, Mass. CSB also contributed financing earlier this year to the Cambridge Housing Authority and Caritas Communities in support of their fight against homelessness in the Greater Boston area.

“With housing advocates believing that Massachusetts needs to build nearly 200,000 units over the next decade to stabilize rent and home prices, our bank is committed to working with partners like SLV who also recognize that need,” Kevin Teller, senior vice president and commercial real estate officer at CSB, said in a statement. “We’re thrilled to partner with an organization like SLV that works hard to identify opportunities for people facing housing challenges.”

Based in Needham, Mass., SLV has completed or begun construction on six mixed-income housing projects in the past year. It also currently has over 450 mixed-income affordable units in various stages of the zoning approval process, with 750 units currently under construction.

SLV and affiliates have permitted over 15,000 mixed-income housing units in Massachusetts. It has invested more than $5 billion for real estate projects in the Boston and New York metro areas.

“Our partners at Cambridge Savings Bank have been the perfect consultants for this project given their intimate awareness of the apartment construction process and experience in affordable housing development,” Geoff Engler, managing partner of SLV, said in a statement. “We look forward to partnering with them as we continue to bring exciting mixed-income housing options to the Boston market.”