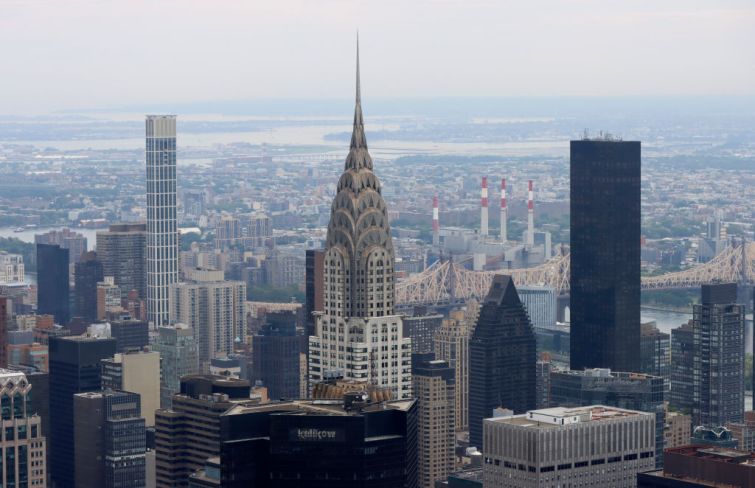 Asset management firm Arena Investors has renewed its lease for 9,200 square feet on the entire 59th floor of the iconic Chrysler Building.

Arena Investors signed a five-year renewal for the space in the building at 405 Lexington Avenue, with an asking rent of $95 per square foot, according to tenant broker Colliers.

The landlords, RFR Holding and Signa Group, struck a deal with the tenant, who originally signed under different ownership in 2015, to provide not only the office but also access to the building’s Chrysler Club.

“The famous Chrysler Building offers tenants countless advantages with its premier location, upgraded offices, array of amenities and, indisputably, the nicest 360-degree views of the city,” Colliers’ David Kaplansky, who brokered the deal for Arena Investors, said in a statement.

“Their further commitment is a testament to the building’s highly convenient location and RFR’s vision as we continue to re-energize this architectural gem,” Weller said in a statement.

RFR and Signa have invested heavily in the landmarked building since acquiring it in 2019 for a shocking $150 million, a major loss for the previous owner. The government of Abu Dhabi purchased the historic 77-story building for $800 million in 2008.

The new owners originally pitched turning the iconic Art Deco tower into a hotel but later dropped those plans in favor of simply upgrading mechanical systems, elevators, windows, bathrooms and common corridors for the purpose of attracting office tenants.

The Chrysler Club on the 27th floor got renovations with a boardroom, a town hall meeting space, a living room with game tables, private phone rooms, a library, a café and a studio for yoga or meditation.

The New York City Landmarks Preservation Commission (LPC) gave the owners the green light in 2020 to open a new observation deck on the 61st floor.

Colliers also negotiated an additional 4,000-square-foot lease for Arena Investors in a Class A building at 2500 Westchester Avenue owned by Senlac Ridge Partners in Westchester County alongside their lease renewal at the Chrysler Building.