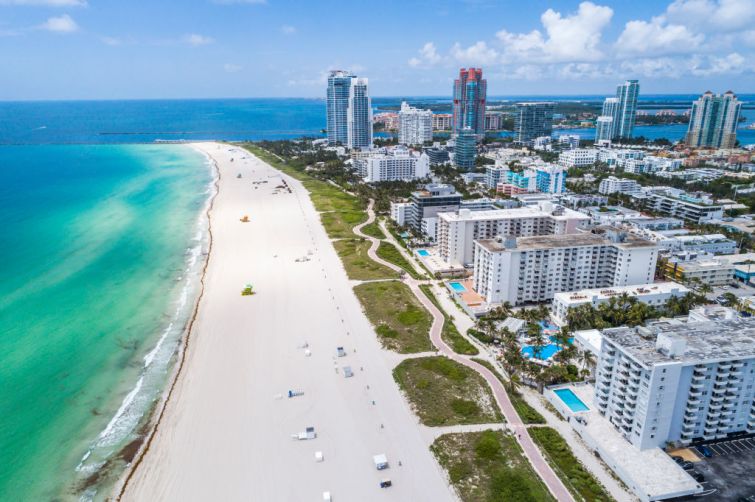 A partner in an embattled Miami Beach hotel project sued the Witkoff Group and lender Monroe Capital for $125 million, for allegedly taking ownership illegally of the Shore Club Hotel, according to a lawsuit.

The suit, filed Tuesday in New York County Supreme Court, is the latest in a long line of legal infighting between the partners in a project to redevelop the 309-room hotel, which has been closed since 2020.

SEE ALSO: More Companies Put Their Offices in Storage — Or Ditch Them Altogether

In the latest case, an affiliate of The Clark Estates, which had a 50 percent stake in the development, claims that Monroe and Witkoff used lead developer HFZ Capital Group’s financial troubles to take Clark’s stake in the beachfront building.

Clark claims that Witkoff and Monroe seized total control of the hotel’s holding company after HFZ defaulted on its more than $100 million loan from Monroe, which allegedly went against its original agreement with HFZ to keep its stake and be involved in any negotiations to sell it. Clark blamed the “plot” to grant the property on Steven Witkoff, the CEO and founder of the eponymous developer.

“Given his decades of experience as a real estate attorney, investor and developer … Steven Witkoff, was very likely the architect of and prime mover behind the Monroe-Witkoff scheme,” the suit said.

HFZ and Monroe did not immediately respond to requests for comment.

The Clark Estates-affiliate SC Phillips Clark first bought the hotel at 1901 Collins Avenue in 1997 and entered into an agreement with Fortress Investment Group and HFZ in 2013 to redevelop the property into a luxury condominium building. SC Phillips Clark would provide the land and building in exchange for a 50 percent ownership stake and HFZ paying for the costs of the project, according to the suit.

The agreement called for SC Phillips Clark to keep its ownership of the building upon completion of the development or in the event of a bankruptcy, and SC Phillips Clark expected to nab $125 million when the project wrapped up, according to the complaint. Monroe lent HFZ $100 million in 2017 for an unrelated reason, with HFZ using the holding company behind the hotel as collateral, according to court records.

But HFZ abandoned the condo project in 2018, reportedly due to the slow condo market. In 2019, HFZ started to be hit with a series of lawsuits from its lenders seeking more than $300 million on its projects, including the Bjarke-Ingels-designed The XI condo near the High Line in New York. HFZ used the Shore Club Hotel’s holding company as collateral for the unrelated 2017 loan with Monroe, and Monroe took control of it in 2021 after HFZ couldn’t repay the debt.

SC Phillips Clark only found out about the new ownership after reading an article in The Real Deal, when Witkoff joined the development team and together with Monroe announced plans to refresh the historic hotel, the lawsuit alleged.

“Our client’s affiliate donated an immensely valuable property situated on prime south beach real estate to this partnership with the expectation of sharing in the upside,” Jason Rubinstein, a partner at Friedman Kaplan representing SC Phillips Clark, told Commercial Observer. “Instead our adversaries systematically defeated and frustrated our contractual entitlements and left us with nothing.”

“This lawsuit, yet another in a series of unfounded lawsuits by this litigious plaintiff relating to the Shore Club, is baseless,” said a spokesperson for Witkoff in a statement. “We will defend it vigorously and we remain highly confident that it will ultimately be dismissed. We remain very optimistic about the future success of the reimagined Shore Club Hotel on Miami Beach.”

Update: This story has been updated to include a statement from the Witkoff Group.