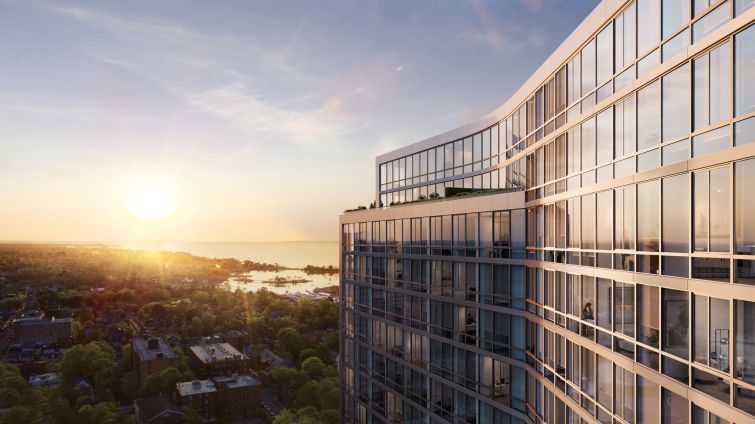 As rents skyrocket in the Big Apple, getting the most likes on an Instagram video could give you the chance to live rent-free for a year.

The city of New Rochelle, N.Y. and RXR partnered up to launch a social media competition for local artists and entrepreneurs interested in scoring a $2,200 studio apartment in 1 Clinton Park, the developer’s latest 28-story residential building, the city announced Monday. The contest isn’t RXR’s first for New Rochelle, but it’s one that might gain more traction as the average rent in Manhattan surpasses $5,000 a month for the first time and median rents rise throughout the United States.

Participants in the contest for a chance to live in RXR’s $210 million luxury tower will record a short video of themselves on Instagram or Twitter about why they deserve the apartment before Sept. 13. A joint panel of RXR and city officials will pick the winner from the videos with the greatest online engagement, according to Adam Salgado, commissioner of development for New Rochelle.

RXR, the lead developer of 3 million square feet in New Rochelle’s downtown, launched a similar contest for its 360 Huguenot tower in 2019, won by Bronx native and photographer Daniel Martinez. That competition got more than 100 participants, but Salgado expects the contest for One Clinton Park to be even bigger.

“This is an opportunity for young artists and creative burgeoning professionals to experience and benefit from the opportunities and creative energy that New Rochelle offers,” Salgado said. “It’s also a great way to raise the profile of the city in the hearts and minds and on the social media feeds of young, innovative [and] creative professionals in the region.”

The contest is far from the first time a developer has used social media to drum up attention on its properties. Two Trees Management paid residents an undisclosed amount to promote their apartments at 60 Water Street and 300 Ashland Place in Brooklyn, and Douglas Elliman subsidized the cost of a couple’s rent at the Herald Towers to help lease-up the 50 West 34th Street building through Instagram posts.