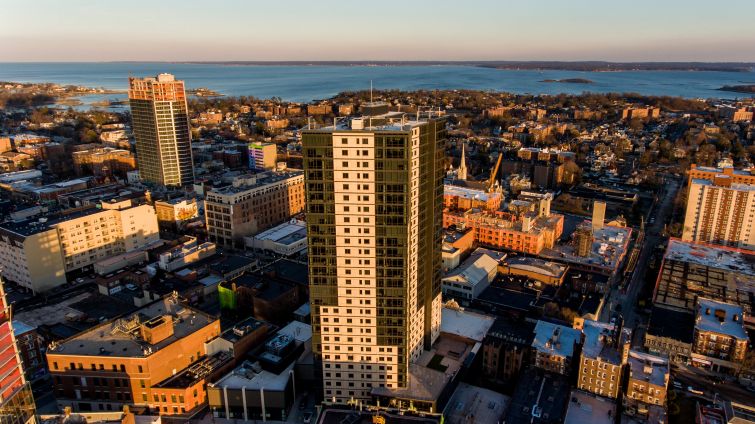 “RXR has an unparalleled knowledge of the Westchester market, as evidenced by 360 Huguenot’s fast lease-up and market-leading rental rates,” Gigliotti said in a statement. “360 Huguenot has proven to be an exceptionally attractive investment opportunity as it has capitalized on years of pent-up demand for affordable and market-rate housing.”

Located at 360 Huguenot Street, the 28-story tower consists of 252 market-rate units and 28 affordable apartments at up to 80 percent of the area’s median income. Community amenities include a 24/7 concierge, a fitness center with a yoga studio, a private indoor/outdoor lounge for residents and a valet parking garage.The property also features 294 parking spaces and 13,538 square feet of retail space in five ground-floor suites in New Rochelle’s downtown district.

RXR was designated master developer for the City of New Rochelle in 2014, and has spearheaded three multifamily projects in the area since. In addition to 360 Huguenot, RXR recently completed 1 Clinton Park, a 28-story mixed-use tower that includes 352 market-rate apartments and more than 13,000 square feet of retail space. The developer also plans to deliver an adjacent property in 2024 called 2 Clinton Park that will  feature a similar 28-story mixed-use tower featuring 390 market-rate apartments.

Officials at Rialto Capital did not immediately return a request for comment. RXR officials declined to comment.