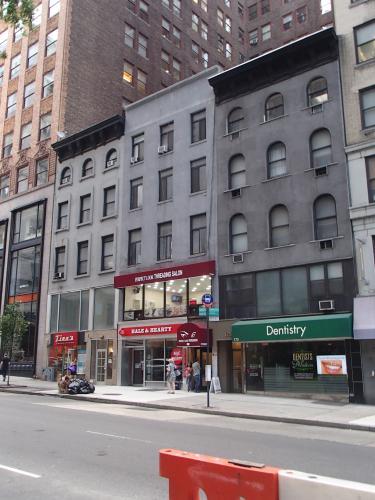 “This brand is not currently accepting online orders.”

That’s the disappointing message that appears for Hale and Hearty customers looking for a bowl of soup as all 16 of its New York City locations suddenly closed recently.

It’s unclear when the closures took effect, but the New York Post broke the news on Sunday finding that Hale and Hearty posted notices on its prime retail locations across Manhattan, Brooklyn and Long Island that read the outposts were closed “temporarily.” Some of those signs claimed the eatery was still hiring.

Hale and Hearty’s general email box on its website no longer worked and the brand could not immediately be reached for comment elsewhere.

The soup chain, like other brick-and-mortar restaurants, experienced financial difficulties during the pandemic which led to its location 111 Fulton Street sued by food vendor Chefs Warehouse for nearly $160,000 in unpaid invoices and by its landlord for $400,000 in unpaid rent, a Commercial Observer and the Post previously reported.

But the chain has a history of keeping zipped-lips as they shutter locations.

In 2016, CO reported that three Manhattan Hale and Hearty locations were quietly permanently shuttered when the lease was up rather than face rent hikes. Those closures were followed by another location at 12 East 46th Street in 2017, just six years into a 15-year lease.