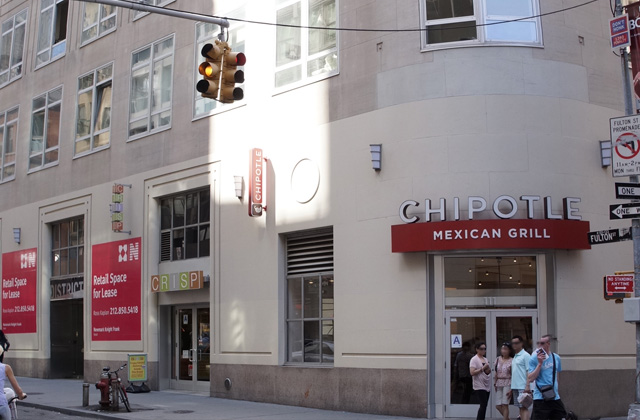 Fans of the restaurant chain Hale & Hearty might be soup-rised to learn that the eatery’s Financial District landlord is suing it for nearly $400,000 in unpaid rent.

The landlord of the ground-floor retail condominium located at 111 Fulton Street, New Jersey-based developer The Klein Group, filed a lawsuit against Hale & Hearty and one of its subsidiary companies on Friday for $390,495 in rent the property owner claims Hale & Hearty failed to pay over the last two years.

The Klein Group is also attempting to take the Financial District storefront back from the eatery, which refuses to surrender it, the suit alleges.

Hale & Hearty first leased the space between William and Nassau streets from The Klein Group in 2011 for 10 years, in a deal originally set to expire on Oct. 31, 2021, according to court doucments. During the initial months of the pandemic, the landlord slashed three months of rent for the soup eatery from April to June 2020, which amounted to about $65,000.

From July to September 2020, Hale & Hearty was required to pay $10,000 per month plus 12.5 percent of the amount of sales the restaurant chain brought in above $100,000. In exchange, the lease was extended to October 2026 with an increasing annual rent bill, according to court documents.

The lawsuit alleges that Hale & Hearty paid part of what the chain owed to the landlord group through its nearly $33,000 security deposit in June 2021, but defaulted on the rest of its rent in December 2021.

The Klein Group first bought the retail condominium in a deal for four condo units totaling $20 million in 2011. Hale & Hearty occupies part of the 17,200-square-foot of ground-floor space, according to the lawsuit. The developer also owns 4,620 square feet on the lower level, according to The Real Deal.

This lawsuit isn’t the first time Hale & Hearty has struggled to pay pricy Manhattan rents — the 20-year-old chain closed three locations in 2016 due to rent hikes. The eatery has 17 locations in Manhattan and Brooklyn, as well as one in Long Island, N.Y.

Hale & Hearty and The Klein Group did not immediately respond to requests for comment.