Another Hale and Hearty Location Bites the Dust 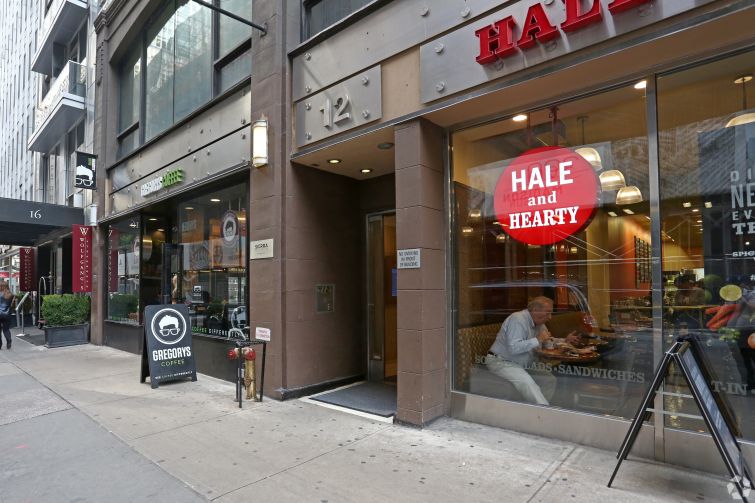 Last December, Commercial Observer wrote about three East Side Hale and Hearty stores closing, and now we’ve learned there is another one that is closing up shop.

At the end of June, the soup chain is closing its location at 12 East 46th Street between Madison and Fifth Avenues, just six years into a 15-year lease, a source with knowledge of the situation said. The eatery occupies roughly 2,000 square feet on the ground floor plus 1,000 square feet in the basement space for storage. Hale and Hearty pays about $200 per square foot in rent. According to CoStar Group, there are 22 employees working at the location.

There are a couple of dozen Manhattan Hale and Hearty locations and rumors are swirling that some of those spaces are hitting the leasing market.

As CO previously reported, Hale and Hearty at 1129 Lexington Avenue between East 78th and East 79th Streets closed for good on Dec. 9, 2016 and the ones at 40 East 23rd Street west of Park Avenue South and 432 Park Avenue South between East 29th and East 30th Streets closed on Dec. 16.“The leases were expiring and we decided not to renew them based on increased real estate costs,” a spokeswoman said at the time. She noted that company didn’t intend to close any of its other locations.

A spokesman for the company did not immediately respond to a request for comment today. Lee & Associates NYC‘s Peter Braus, who is the managing partner of the LLC that owns 12 East 46th Street, declined to comment.