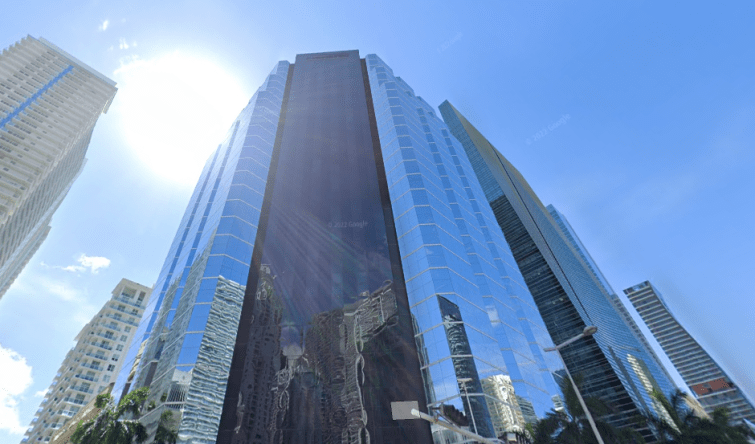 In the latest sign of investors’ insatiable appetite for Miami offices, Rockpoint sold a Brickell tower for $286.5 million, making it the city’s priciest trade since the pandemic hit over two years ago, property records show.

The Boston-based seller paid $155 million for the property in 2017, pocketing $131.5 million — or in other words, posting a nearly 85 percent gain — from the recent sale (minus any investment that went into it, of course).

Records list Randall Davis as the buyer. He appears to be the same buyer of another gargantuan Miami sale just across the street.

In April, someone also named Randall Davis bought a 2.5-acre surface parking lot at 1201 Brickell Bay Drive for $363 million, making it one of the most expensive land trades in the Magic City’s history. It’s unclear whether these trades are tied to a Houston-based developer of the same name.

Developers are charging into Brickell in response to tech heavyweights and financial giants — such as Microsoft, Blackstone, Apollo Global Management and Millennium Management, among others — having inked leases in Miami over the past two years in wake of the pandemic.

Just yesterday, financial giant Citadel announced it would be relocating its global headquarters from Chicago to Miami with plans to develop its own building in Brickell, though it has yet to select a site.

This year, the brokers of Miami’s trophy tower, 830 Brickell, raised the asking rent to $100 a square foot, a first in Miami.

In Miami, the largest office deal, prior to 1221 Brickell, went to Monarch Alternative Capital and Tourmaline Capital Partners together dropping $279 million for a 90 percent stake for Citigroup Center in downtown Miami last year.

Correction: The $287 million sale of 1221 Brickell was the largest office trade in Miami since the start of the pandemic, not in South Florida as previously reported.