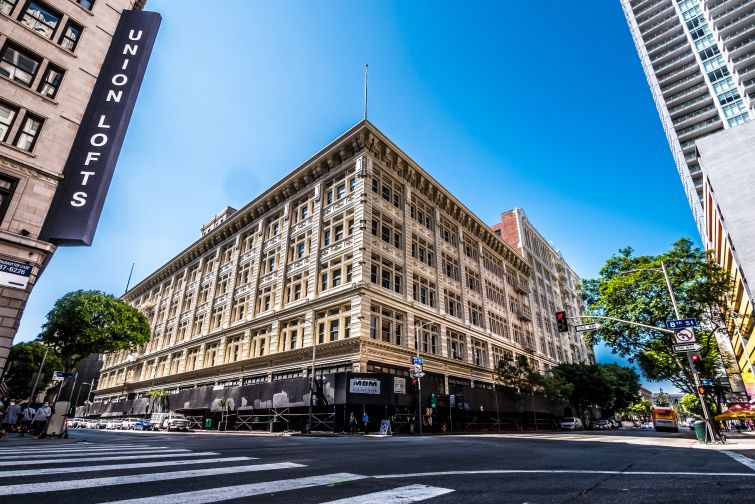 801 South Broadway was the first purchase in L.A. for New York investors Waterbridge Capital and Jack Jangana, who vowed to make over the enormous building in the style of high-end Chelsea Market in Manhattan. photo: MDM Builders Group

Emcee Studio will feature space to support the company’s new metaverse platform centered around the digital creator economy. It will be the “largest physical metaverse hub in the world,” the company said in a release. rendering: Emcee 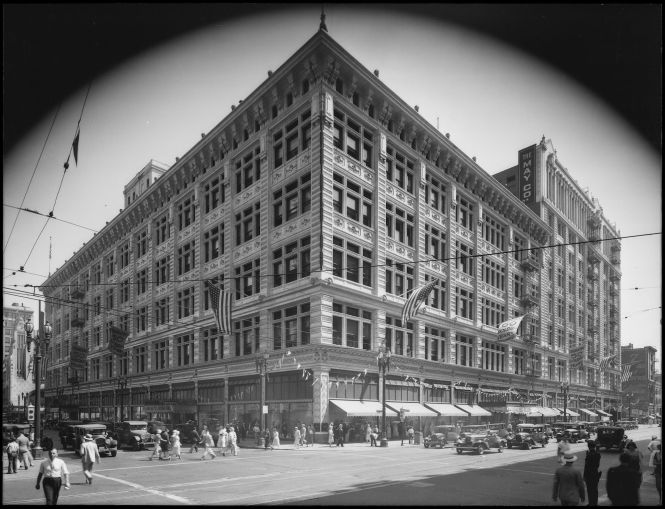 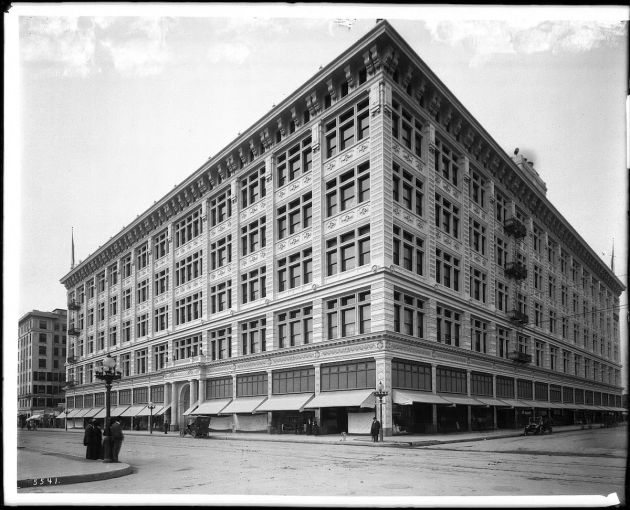 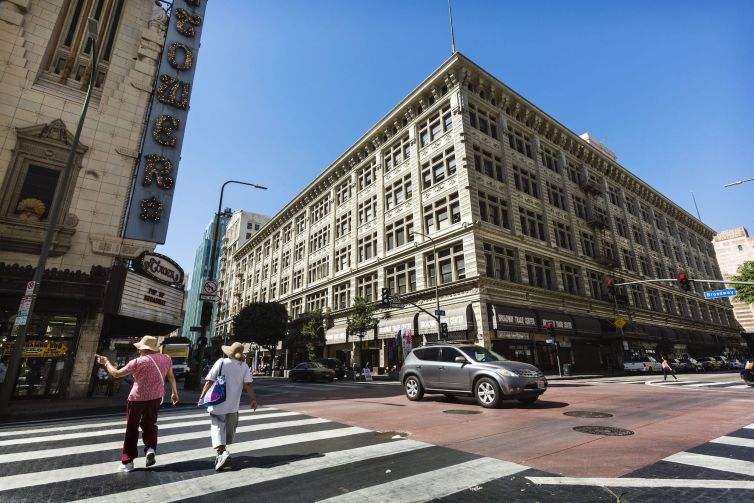 UPDATED: A historic property that has for decades suffered from nearby blight and the economic struggles of Downtown Los Angeles has finally found a buyer in New York-based tech startup Emcee, which has ambitious plans to reimagine the site for its digital retail platform, along with new hotel and coworking space.

Following recent moves like the new Apple Tower Theatre across the street on Broadway, or Adidas signing a 107,000-square-foot office lease a block and a half away, plans to redevelop and utilize the 1.1 million-square-foot Broadway Trade Center in the Historic Core could be the linchpin to catalyzing a new era of prosperity for Downtown L.A.

“You have a 21st century, mixed-use corridor starting to develop, and we’ve always believed that the Broadway Trade Center was going to be the thing that really makes it take off,” Nick Griffin, executive director of the Downtown Center Business Improvement District, told Commercial Observer. “If this thing takes off, anywhere near the sort of plan that they’ve outlined, it would be by far the biggest game changer for downtown.”

dot.LA first reported Emcee’s plan to buy the 110-plus-year-old building and transform it into what will be called Emcee Studio. It will feature space to support the company’s new metaverse platform centered around the digital creator economy. Plans also call for a “futuristic shopping mall” where brick-and-mortar retail will mix with online retail and augmented reality, as well as a hotel and a floor of coworking space that draws on the region’s software developers, entrepreneurs and designers. Emcee Studio will be the “largest physical metaverse hub in the world,” the company said in a release. Specific details for Emcee Studio were not yet available.

“We decided to buy real estate to bring under one roof tens of thousands of creators, innovators, private companies, startups and public companies,” Emcee’s founder and CEO, John Aghayan, told dot.LA. He was not immediately available to comment for this story.

Broadway Trade Center at 801 South Broadway is owned by a joint venture that includes Waterbridge Capital and Continental Equities. Jack Jangana, CEO of Continental, as well as a spokesperson for Emcee, confirmed with CO that they agreed to the deal. Joel Schreiber, CEO of Waterbridge, is reportedly also an early investor in Emcee. (He is also known as WeWork’s first investor.)

The sales price was not disclosed. The owners were once asking $425 million.

Emcee expects the sale to close in April and will immediately begin redevelopment, with plans to open in late 2022.

Griffin said the development plan makes sense considering Waterbridge’s vision for the property was always expansive and innovative, and called it an “affirmation of the extent to which downtown has become a real hub of innovation and creativity.”

“And what’s a more optimal property than a million square feet on Broadway and Eighth across from the Apple store?” he said. “It’s just a really good fit on a lot of levels.”

Waterbridge and Continental acquired the Broadway Trade Center for $122.3 million in 2014. The property is completely vacant and takes up half a city block, bounded by Broadway and Hill Street. It is entitled for office, retail, restaurant, hotel and residential use.

The building first opened in 1908 as Hamburger & Son’s Department Store, the largest retail department store west of the Mississippi at the time. In 1923, the now-defunct May Company acquired A. Hamburger & Sons Inc. and the property. The May Company vacated the property in the late 1980s, and it became a mixed-use garment manufacturing facility, called Broadway Trade Center.

UPDATED: This story has been updated to include additional commentary.