Proptech and the Metaverse: Virtually No One Thinks It’s There Yet 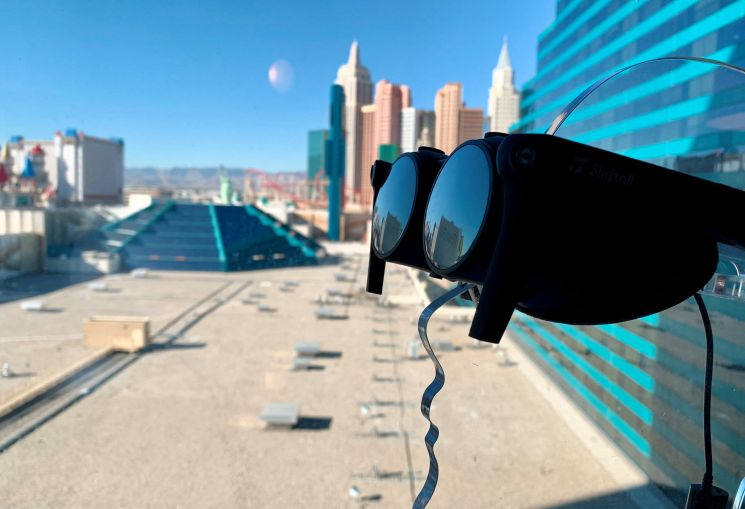 “There are more things on heaven and earth, Horatio, than are dreamt of in your philosophy.” – William Shakespeare, “Hamlet”

To be or not to be. That seems to be the question facing the proptech industry regarding real estate in the metaverse.

And the answer so far seems to be, by and large: not.

“In terms of virtual land, it’s very speculative right now because the companies that are selling and kind of transacting don’t have really anything engaging,” said Bryan Colin, co-founder and CEO of View Labs, a provider of video and digital technologies that combine real, mixed-reality and digital worlds for real estate. “It’s kind of like we’re selling some space in a world that will be developed, hopefully will build this type of engagement, and people will come back and buy it.”

The problem, Colin added, is that such metaverse “property” only has speculators buying in the hope of reselling at a higher price.

“There’s not really a way to monetize it elsewhere because there’s not people spending any money on it,” he said, contrasting the trend with cryptocurrencies like Ethereum and Bitcoin, which have developed into national currencies or investment platforms upon which businesses are being built.

As of today, real estate in the metaverse is a classic “fake-it-til-you-make-it” technology meme, a virtual world without real people or objects, purpose or profit, that may or may not imitate real life. It’s also capable of exaggerating reality through the creation of 5,000-foot towers and endless properties to be developed, and it’s inhabited by who knows who and for who knows what ultimate purpose.

Of course, some investment advisers are ready to tout a gold rush to metaverse real estate speculation as the next big thing in 2022, asking investors to bet on blockchain and cryptocurrency platforms to support virtual worlds of property transactions.

However, is there even agreement on what the metaverse is, let alone what its application is, if any, in real estate and proptech? Like the early days of the internet when it was capitalized as “Internet,” the “Metaverse” is today sometimes given the uppercase first letter, perhaps to signal its uniqueness, newness and to add gravitas.

Doubts surround it, though, whomever its fans and whatever its capitalization.

“But real estate investing in the metaverse still is highly speculative, and no one knows for sure whether this boom is the next big thing or the next big bubble,” as The New York Times put it in November 2021.

The Wall Street Journal joined the conversation last week with a video that attempted to explain the value of real estate in the metaverse.

In another attempt to link property to the metaverse, Christopher Mitchell, CEO and co-founder of proptech company Geopipe, which bills itself as “the authoritative whole-Earth digital twin, built by AI,” last year wrote a blog post on the symbiosis between the actual digital twinning of real estate and its applications in the metaverse. While aptly describing the technological depth and potential of the metaverse, the blog post did not address how value would be realistically created and grow in such a virtual environment.

Indeed, though, even finding a useful definition of the metaverse can be challenging.

For instance, Tony Parisi, a self-identified “Metaverse OG, entrepreneur and investor,” has attempted to define the metaverse in his Seven Rules of the Metaverse:

Rule #1. There is only one Metaverse.

Rule #2: The Metaverse is for everyone.

Rule #3: Nobody controls the Metaverse.

Rule #4: The Metaverse is open.

Rule #5: The Metaverse is hardware-independent.

Rule #6: The Metaverse is a Network.

Rule #7: The Metaverse is the Internet.

“Is the metaverse a fad?” Dearsley asked rhetorically. “Yes. Are you late to the party? No. It is just about to get going. This trend isn’t going to be for everyone. Most in our industry won’t have a clue. They may wake up to this ‘trend’ in a few years, when their kids or grandkids tell them about these virtual worlds. They will be too late.”

However, Dearsley points to already existing, non-real estate-centric metaverse sites on which, he said, “Deals are already being done and where we are seeing a new asset class being established that will be completely decentralized in terms of transactions and market forces.

“With virtual HQs and digital showrooms already being built on metaverse platforms like Decentraland and Cryptovoxels, a market will be established for brokering deals,” Dearsley said.

At this time, existing real estate industry personnel such as agents, brokers and appraisers are not qualified to support such endeavors, but such platforms are, “a demonstration of how new technology trends will establish new roles, perhaps including ‘Virtual Land Broker,’ ‘Meta Property Consultant,’ and the like,” said Dearsely. “Given the deals already out there, these might be quite lucrative in coming years. No previous experience needed.”

Bottom line, though, Dearsley said he isn’t actually seeing property transactions of note being done by companies or individuals at this point in time in the metaVerse. “Nope. It’s too early,” he concluded.

However, in yet another qualifier to the possible immenency and worth of metaverse-based real estate transactions, Dearsley, along with a few proptech experts who declined to comment on the record for this article, said that they were either preparing or considering webinars and other types of discussions for the near future on such possible virtual property market opportunities.

Given such discussions, it might be important to remember a truism in the world of technology startups: It is better to be late with your innovation than to be too early.

View Labs’ Colin is among these, despite his reservations that it’s too early for property transactions of real worth in the metaverse.

“We are getting involved very shortly,” he said. “Digitizing physical space is something that we’ve done for a long time and it really fits into our vision of what the metaverse should be at a future stage. And certainly the engagement gets me very excited when I look at the numbers from Fortnite and from Roblox, the kind of early generation of what the metaverse looks like. Roblox is getting 49 million unique daily users a day.

“These are substantial numbers and the younger generation has clearly shown that this is the kind of digital entertainment that they like and they come back to it. I think that leads to a lot of exciting opportunities when you have really good content alongside it.”