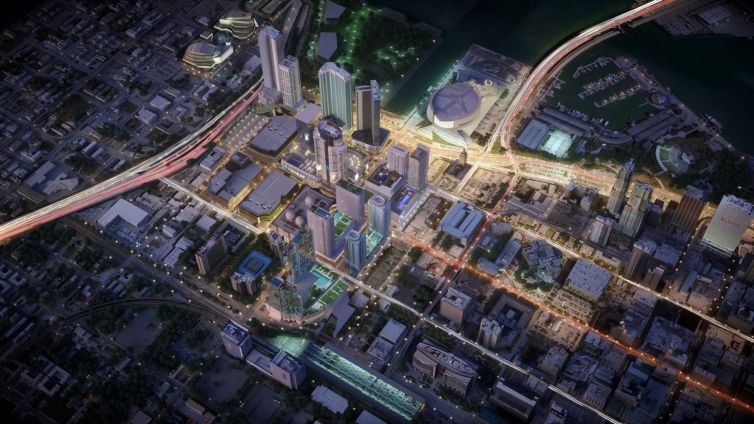 WeWork co-Founder Adam Neumann is back on the scene. The guy who swore that WeWork wasn’t a real estate company is — surprise, surprise — getting into real estate, and in a big way, The Wall Street Journal reported.

Entities tied to Neumann have purchased over 4,000 apartments in the Southeast, with a special splash reserved for Miami: specifically, the deposed flexible-space guru is in contract to buy a majority stake in the 43-story Caoba tower in Miami Worldcenter, which will have 444 apartments when completed.

In addition, entities tied to Neumann have bought the 387-unit Yard 8 in Miami and the newly developed 631-unit Society Las Olas in Fort Lauderdale. The latter has a putting green and a coworking space in the building — an asset class with which Neumann should be familiar.

In fact, he’s “hoping to appeal to the same sort of young professionals he lured to hundreds of coworking office spaces when he was chief executive at WeWork,” per the Journal’s reporting.

Neumann was ousted from WeWork after the coworking company’s spectacular initial public offering failure in 2019. The company started the year valued at $47 billion and ended it strapped for cash after an IPO process revealed the company’s cash-burning financials to the public.

The former WeWork CEO was eventually replaced by Sandeep Mathrani, who took the company public via a SPAC, aka a special purpose acquisition company, in 2021.

Neumann has also purchased some personal real estate in South Florida. He reportedly paid $44 million for two adjacent Bal Harbour properties in June, according to the Journal.