He’s reportedly bought majority stakes in over 4,000 apartments worth more than $1 billion — what now? 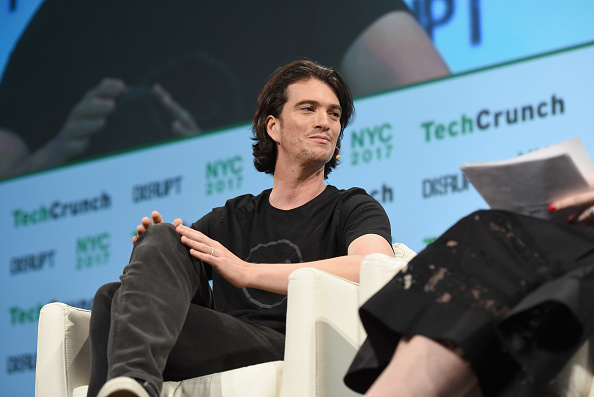 Adam Neumann, who stepped down as CEO of WeWork in 2019 under the most ignominious of circumstances — causing a company with a $47 billion valuation to fall to less than $3 billion by May of 2020 after smuggling pot on international flights and putting out an initial public offering exposing the company’s outrageously profligate spending model — is now putting more than a billion dollars into multifamily housing.

Entities tied to Neumann have been quietly acquiring majority stakes in more than 4,000 apartments valued at more than $1 billion in Miami, Atlanta, Nashville, Tenn., Fort Lauderdale, Fla., and other U.S. cities, The Wall Street Journal reported, citing court, property and corporate records as well as sources.

Neumann “is not a trailblazer in this,” said David Bitner, vice president and global head of capital markets research at Cushman & Wakefield. Rather, he’s following what a lot of others are doing. “In 2019, $34 billion in multifamily assets were traded, based on preliminary data; $80 billion in such assets traded in 2021; and the Southeast, I believe, is the strongest region of the U.S. multifamily market, although sales were going up across the country in 2021. Multifamily cap rates in that region also came down sharply.”

For a long time, WeWork’s founders claimed it was more of a tech company than a real estate one. But it’s clear now that real estate was always on Neumann’s mind.

While Neumann himself did not return requests for comment, D.J. Mauch — a partner in Neumann’s family office — told the Journal, “Since the spring of 2020, we have been excited about multifamily apartment living in vibrant cities where a new generation of young people increasingly are choosing to live, the kind of cities that are redefining the future of living. We’re excited to play a role in that future.”

In the Journal article, Neumann’s people sounded unchastened about their new venture. With “ambitions to build a company that would shake up the rental-housing industry,” Neumann is hoping to “appeal to the same sort of young professionals he lured to hundreds of coworking office spaces when he was chief executive at WeWork,” people familiar with the matter told the Journal.

Exactly how he intends to do that remains unclear. It seems like the first step is to purchase stakes in several assets, most of which have histories as traditional apartment buildings. Then perhaps bundle up the services and amenities so the landlord can raise rents.

Or maybe do it the WeWork way. The once unstoppable unicorn brand made its name by selling a fun working culture that included serving craft beer and fruit water in a nicely designed shared working environment, and providing members with flexible lease terms. In return, the company charged loftier rents than found in standard office space. The coworking company also mined, and continues to mine, the data of its users.

Of course, under Neumann’s aegis WeWork had, indeed, ventured into living space but its offering, WeLive, did not take off as expected. As late as 2019 WeLive was planning expansions but its D.C.-area complex at 2221 South Clark Street changed hands last summer, going to Common.

Leaving WeWork after its IPO calamity in 2019, Neumann sold at least three of the six properties in his estimated $90 million portfolio, including one of his homes in the Hamptons, one in Westchester and a luxe Gramercy Park compound, a source told the New York Post. Neumann laid low for two years before breaking his silence in a public interview with The New York Times’ Andrew Ross Sorkin in November 2021. He talked about his new ventures, including a family office and a company focused on capturing carbon emissions.

The Neumann family office, 166 2nd Financial Services, was named after the New York apartment where Adam and his wife Rebekah lived before building a massive fortune through the coworking giant. The family office handles some investments in start-ups and other ventures on behalf of the Neumanns, including a tech-enabled mortgage service, residential concierge service Alfred, which Neumann purchased for $30 million in October of 2020, and some Israeli companies.

In the Times interview, Neumann did not mention he was working on another venture in the already heated apartment business, or that it was beginning to take shape. Many of his multifamily investments occurred within the past year, and in a discrete fashion. In 2021, Neumann bought two adjacent residential properties at Miami Beach’s Bal Harbour Yacht Club marina for $44 million. The deal included two parcels totaling 50,000 square feet and multiple slips in the marina. Brett Harris, an agent at Douglas Elliman who represented Neumann in the transaction, told Commercial Observer that he did not know further details of the purchase nor if the Neumanns were looking to buy more.

Neumann’s shopping spree includes but is not limited to two apartment buildings in Atlanta; a 639-unit apartment building in Fort Lauderdale that includes a coworking space, a putting green, and a barbershop; majority stakes in the 444-unit Caoba apartment tower and the 387-unit Yard 8 apartment building, both in downtown Miami; and the 268-unit Stacks on Main in Nashville, according to the Journal.

Leasing out traditional apartments in a well-furnished, full-service building is not a novel idea, of course. However, while retail and hospitality are bearing the real estate brunt of the global pandemic, the office sector is also struggling as companies repeatedly postpone their return dates. As a result, investing in multifamily is shaping up to be one of the safest moves for investors to diversify their portfolios.

According to a study commissioned by the National Apartment Association and the National Multifamily Housing Council and conducted by Hoyt Advisory Services, 4.6 million new apartments at all price points are needed to meet the growing market demand nationwide before 2030. “Commercial and multifamily real estate markets are moving past the pain that the COVID-19 pandemic caused in 2020,” Jamie Woodwell, vice president in the research and economics group at the Mortgage Bankers Association, told Multi-Housing News.

Neumann co-founded WeWork in 2010 and raised more than $10 billion. He did that in large part by persuading investors in an almost messianic fashion that WeWork was a tech company despite its real estate roots. Now it seems the 42-year-old entrepreneur’s heart belongs to real estate after all.

A spokesman for Neumann didn’t respond to a request for comment.

Emily Fu can be reached at: EFu@commercialobserver.com