WeWork’s Valuation Plummets to $2.9B 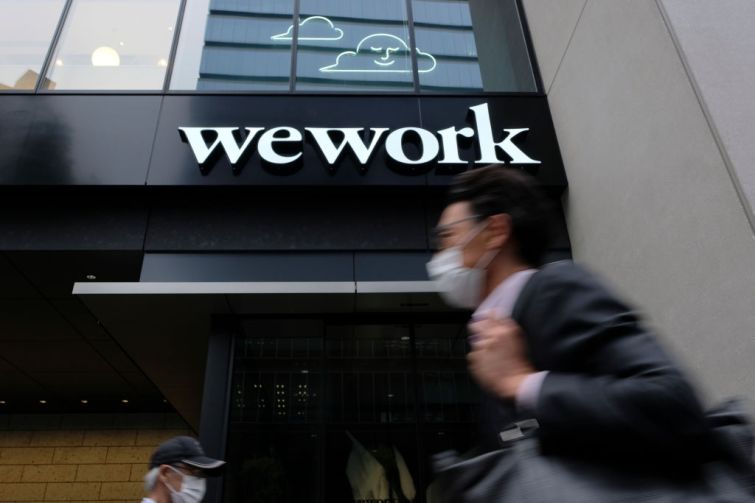 WeWork’s valuation plummeted to $2.9 billion, a far cry from the eye-popping $47 billion valuation it boasted at the start of 2019, the coworking giant’s backer SoftBank Group said today.

In an earnings report for the fiscal year ending on March 31 released today, the Japanese bank noted that it had lowered the valuation owing mostly to the coronavirus pandemic. The figure fell from the $7.3 billion valuation SoftBank last recorded in September 2019, which was a huge drop from its $47 billion valuation in January 2019.

The Vision Fund invested in 88 startups and during an earnings presentation SoftBank chairman Masayoshi Son said he expected about 15 of them to file for bankruptcy, with the bank not expecting to bail any out, Axios reported. Despite the losses and massive cut to its valuation, Son was optimistic about WeWork’s survival.

WeWork dealt with a disastrous 2019 that included a failed initial public offering, losing its bombastic CEO and co-founder Adam Neumann and laying off thousands of workers. It nearly ran out of money until SoftBank swooped in with a multibillion-dollar bailout in October 2019.

The coronavirus exacerbated WeWork’s problems with the majority of companies around the world working from home and brewed discontent among members over the coworking company’s decision to collect fees for empty offices. Some have threatened legal action against WeWork if it continues to collect the fees while many told Commercial Observer they plan to ditch WeWork all together.

Last month, SoftBank pulled out of a deal to buy back $3 billion worth of shares from WeWork stockholders — known as a tender offer — which took away Neumann’s nearly $1 billion golden parachute.

Neumann later filed a suit against SoftBank claiming it abused its power by pulling out of the tender offer. It’s the first time Neumann publicly sparred with Son, Neumann’s biggest cheerleader who pumped about $14.25 billion into WeWork since it was founded.

In an interview with Forbes last month, Son said he spent too much money on WeWork and put too much faith in Neumann.

“We paid too much valuation for WeWork, and we did too much believe in the entrepreneur,” Son told Forbes. “But I think even with WeWork, we’re now confident that we put in new management, a new plan and we’re going to turn it around and make a decent return.”

SoftBank has been dealing with troubles in its entire portfolio due to the coronavirus pandemic and announced a plan last month to sell off $41 billion worth of assets to survive, Fortune reported.