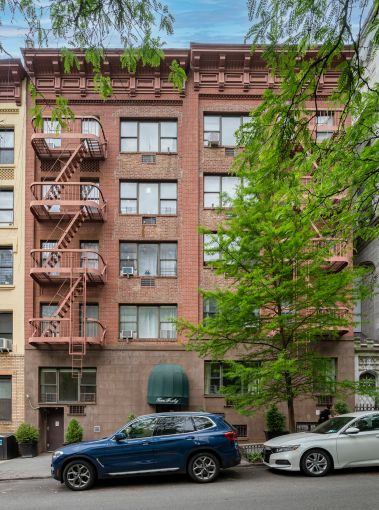 Co-living company AYA New York has snagged a 25-unit Upper East Side multifamily building at 240 East 90th Street for $14.9 million in an all-cash deal, brokers on the deal said.

AYA, which rents out fully furnished, individual rooms in apartments to tenants, purchased the building from Sackman Enterprises’ Alan Sackman, the avid rare species hunter and founder of the family-owned real estate company previously sued by the state attorney general for using violence to evict tenants in the 1980s, according to The New York Times.

The seven-story building holds two studio apartments, two one-bedrooms, 19 two-bedrooms and two three-bedroom units — none of which are rent-controlled or rent-stabilized, according to Cushman & Wakefield, whose team of Andrew Berry, Brett Weisblum and Charlie Gravina represented Sackman.

“The process was a testament to [how] it’s a great building [that’s been] very well taken care of in a great location,” Berry told Commercial Observer. “[AYA was] really eager and really liked the building.”

Sackman paid off a $7.7 million mortgage on Jan. 7, after the deal closed, according to property records. His company, Sackman Enterprises, is the subject of a class-action lawsuit that accuses the company of failing to fix several defects at a luxury condominium in Austin, Texas, The Real Deal reported. Sackman did not immediately respond to a request for comment.

AYA plans to use the building for long-term rentals, not co-living. AYA also operates co-living housing in Harlem, Upper Manhattan, the East Village as well as Bushwick, Brooklyn, according to its website.

Co-living was a more popular trend before the pandemic, with companies like WeWork getting in the residential room rental market with its brand WeLive. Excitement around that style of renting has since dampened, as the German-based co-living giant Quarters shuttered its locations in the U.S. in January 2021 and filed for bankruptcy, followed shortly thereafter by co-living company The Collective teetering on the brink of bankruptcy — and losing its flagship Williamsburg, Brooklyn outpost.

Update: This story has been updated with information from AYA New York.