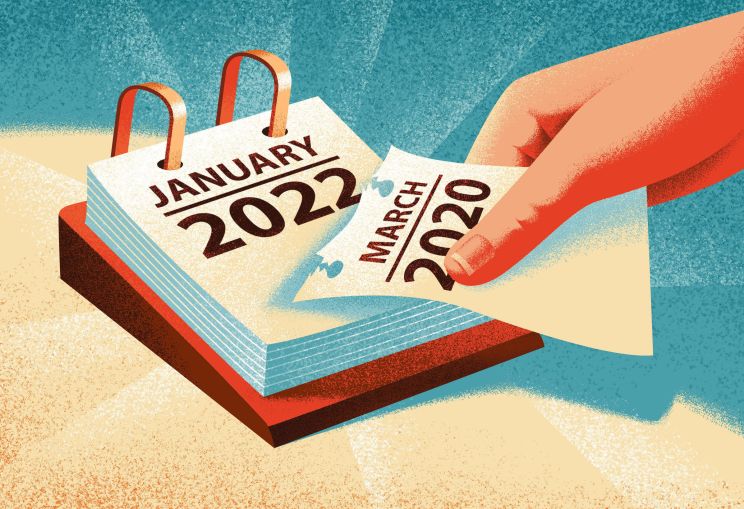 If you had to pick a single through line to sum up commercial real estate in 2021, you might try something like this: After spending the last two years hunkered down at home, people aren’t sure they ever want to leave.

From workplaces to retail, industrial to proptech, many of the major trends apparent over the last 12 months revolved around either coaxing the house-bound masses back out into the wider world or, barring that, meeting them at their doorstep.

Nowhere was that more evident than in the office market, where amenity-rich buildings were in high demand as tenants sought out the sorts of spaces that might help lure their employees back on-site. New York properties without these kinds of perks, on the other hand, have struggled.

As companies begin to commit to new space, many are looking for product that will make their workers want to return to the office.

And, while money is always a concern, rents have not necessarily been “the deciding factor” over the last 12 months, Falk said, noting that many tenants are prioritizing getting the building features they want over scoring the best possible deal. Emblematic of this trend is SL Green Realty Corp.’s One Vanderbilt office tower, which was more than 90 percent leased as of mid-2021 despite asking rents in excess of $300 per square foot for the building’s top floors.

Another sign of strength in the Class A market — GFP Real Estate and Northwind Group’s deal, announced in September, to sell their office building at 100 Pearl Street to German investment firm Commerz Real for $850 million, or $900 per square foot. The sellers recently completed a $250 million renovation that brought to the building the sorts of amenities — a food hall, a refreshed lobby, a rooftop lounge — that companies are banking on to entice their employees back to the office.

But this was particularly notable as GFP and Northwind had paid $308 million for 100 Pearl only three years ago.

It’s not necessarily what one might expect given the continued uncertainty around how office occupancy patterns will evolve going forward.

“No one has total clarity on the nature of re-occupancy of office space,” said Mary Ann Tighe, CEO of the New York tri-state for CBRE.

“You would logically expect that people who do have to make decisions would look to make decisions that were cautious and involved less expensive space or shorter-term space,” she said, adding that this was, in fact, how most tenants initially reacted to the COVID-19 pandemic.

The year 2021, though, saw a shift in the opposite direction.

“People who are making longer-term real estate decisions for their business in Manhattan are electing to go to, in the first instance, new construction, or completely renovated buildings,” Tighe said. “And they are willing to pay historically high rents to do so.”

Both for building owners and tenants, the year’s central concern has been “how do we comfortably get employees back into the workplace?” said Thomas Vecchione, principal at architecture and design firm Vocon. For building owners, this has meant addressing questions like, “how do we build enough infrastructure, enough of what we know people want in offices — conference rooms, café areas, flexible spaces,” Vecchione said.

For tenants, it has meant “thinking about the hybrid workplace,” he said. “How many days a week will their employees come in? Will it be a three-day week, plus then a Monday and Friday remote day? And how do we make a place more inviting to come back to?”

“It varies widely by industry, company to company, but there is a push to bring people back to something new, collaborative and exciting, both as a means of retention and attraction for the future workforce,” said Bruce Mosler, chairman of global brokerage at Cushman & Wakefield.

Newmark’s Falk said that, according to data his firm gets from security company Kastle Systems, as of Dec. 1, worker occupancy in New York City offices was around 38 percent, up from around 12 percent a year ago.

Peter Riguardi, chairman and president of JLL’s New York tri-state practice, said the most desirable office space is now demanding rents equivalent to or better than what they saw pre-pandemic.

“The activity is brisk,” he said. However, he noted, “it gets quieter as you go down the scale.”

Tighe added: “Eighty percent of the activity is happening in 10 percent of the product. Product that has not had serious upgrades is languishing, and is, in fact, pure commodity space.”

Mosler said that during 2021 he saw tenants “committing long term again” to office space, which he suggested augured well for the eventual return of the lower end of the market.

“When it comes to Class C space, there are always people who will look, at the end of the day, to the economics,” he said. “And so it will appeal; it’s just going to be harder, and it will lag in terms of its return. I’m not saying it won’t recover. I think it will. But it’s going to be a recovery based on the economics they have to offer.”

“How do you bring people back to an office that is safe, where you have assurance that the air quality is safe and the risk of [virus] transmission is low? That is definitely driving technologies of a variety of types around HVAC, around monitoring of air quality, but also monitoring of people and capacity utilization and distancing and those kinds of things,” Kolada said.

He noted that 2021 has been a boom year for proptech, generally, with roughly $20 billion invested in the segment globally as of the end of the third quarter. That compares to roughly $18 billion in all of 2019, which marked the previous high for proptech investment.

Industrial was another area that enjoyed a strong 2021. While office owners were busy coaxing people back to work, the industrial space benefitted from a collective reluctance to leave home. With online shopping driving the demand for rapid delivery, retailers spent the year scrambling for warehouse space close to the city’s population centers.

“There has been new development of multistory infill space that we haven’t had in the city forever,” said Rob Kossar, a vice chairman and head of JLL’s Northeast industrial work, noting that demand for one-day (or even faster) delivery meant that retailers who might once have operated out of New Jersey now need warehouse space in the outer boroughs.

“At the end of the day, you cannot deliver same-day into Brooklyn and Queens from New Jersey,” Kossar said. “And [those boroughs] are a real fertile environment for online sales.”

He said that while people have for some time been aware of the growing need for more warehouse space to serve these populations, 2021 marked the year when “the theory became a reality.”

Kossar predicted that demand for industrial product would continue to grow, particularly given the scarcity of available land for development.

“You need at least four acres. Ideally, you actually need 10 acres or more,” he said. “And you have to be in an IDZ [industrial development zone]. And all of those sites, for the most part, are in production.”

DH Property Holdings President Dov Hertz agreed that supply of industrial space capable of serving Brooklyn and Queens is inherently limited. He suggested that developers might next look to the stock of old outer-borough industrial buildings once targeted for conversion to creative office space.

“That never really happened [at a large scale],” Hertz said. “So you might see those being reconverted to industrial uses, but with some reconfiguration, because as they are today they don’t really work.”

Beyond that, it’s something of an open question whether the city has enough space to slake locals’ growing thirst for rapid delivery. As Hertz noted, e-commerce still accounts for just a fraction of total retail sales (13 percent in third-quarter 2021, according to numbers from the U.S. Census Bureau).

“As that grows, the need for these facilities is only going to grow more,” he said. Given the higher tax revenues generated by office and residential, though, Hertz said he doesn’t see New York City rezoning to create more land for industrial use anytime soon.

“I don’t think we are ever going to get to a place in the city where supply is going to outweigh demand,” Kossar noted. “I think we’re going to see an imbalance, which is the reason why I think rents are going to continue to rise.”

That could be bad news for Cobble Hill, Brooklyn, residents counting on same-day delivery of their Target orders. The retail sector, on the other hand, probably wouldn’t mind giving people a nudge back toward brick and mortar.

The year 2021 saw a rebound in the city’s retail scene, said Jacqueline Klinger, a partner at brokerage SCG Retail, but, while activity has been strong, particularly in good locations, rents are still down at around 60 percent to 80 percent compared with pre-pandemic levels.

There’s also been a divergence in fortunes between retail in the city’s main office districts and its residential neighborhoods, Klinger said, with the former lagging behind the latter.

“If you look at Second Avenue on the Upper East Side, it’s gotten better and stronger throughout the pandemic,” she said. “It’s a very tight market. Those tenants have thrived in this market with people working from home.”

Klinger added: “From SoHo, up through Union Square, those markets had vacancy, and that has been absorbed. The bigger, better corners have been taken over, either by existing businesses that were in the neighborhood and were thriving and wanted more space, or just by new tenants that saw opportunities to plant a flag in a market they would otherwise not have been able to.”

This disruption has provided opportunities for some outfits.

In terms of categories, medical services such as urgent-care centers, dental centers and veterinary urgent care have over the last year taken advantage of vacancies to expand, Klinger said. On the flip side, luxury retail continues to slump. The business was in a downturn even pre-COVID-19, but, Klinger said, the pandemic “didn’t help.”

And what, given our COVID-inspired attachment to our dwellings, of the housing market?

Multifamily was on the rise around the country and in New York City, where, as Commercial Observer reported, seven multifamily deals of more than $100 million each closed during the first nine months of 2021. The third quarter of 2021 also saw the number of multifamily transactions in the city jump 44 percent annually.

“When you look at what were the flavors that were attractive [to investors] it was certainly multifamily in a major way,” said Michael Maturo, president of RXR Realty. He cited a number of considerations driving demand for this asset class, including the fact that the rise in single-family home prices has made it more difficult for younger people to buy, thereby extending the amount of time they rent. At the same time, more empty nesters are opting to leave their single-family homes for apartments.

More generally, Maturo noted that capital, especially foreign capital, that had stayed on the sidelines in 2020 began to return in 2021.

Much of that return, he said, was due to the fact that people were once again able to travel to evaluate assets and potential investments.

In other words, it’s good to get out of the house.