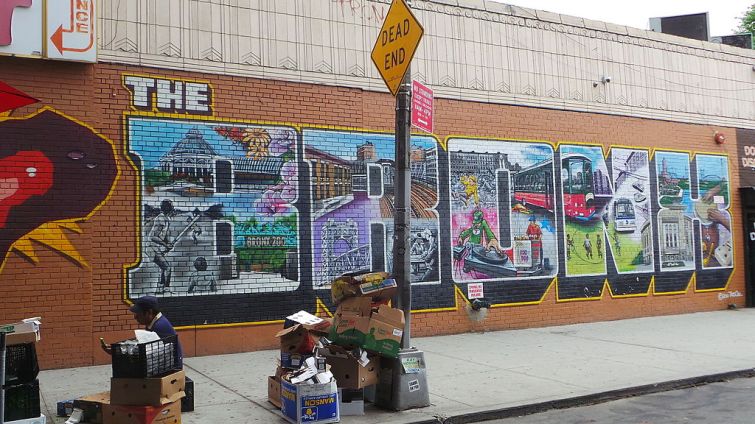 A brick wall with The Bronx artistically designed on it. Photo: Montserrat Boix

Fairstead and Invesco Real Estate are snatching up 1,904 affordable housing units across 48 buildings in the Bronx, in what the firms called the largest deal of its kind in New York City this year.

“Fairstead is committed to creating high-quality, sustainable housing, and an important part of our strategy is preserving and enhancing existing affordable housing stock so it can remain a great place to live for the long-term,” Goldberg said in the statement to Commercial Observer. “We are proud to be serving thousands of Bronx families, giving them peace of mind that their homes will remain affordable.”

The news comes days after Commercial Observer learned that Fairstead co-Founder Will Blodgett is leaving the company to start a new real estate investment firm.

The buildings, mostly five-and six-story properties, hold residents earning between 30 and 100 percent of the area median income in the Longwood, Tremont, Crotona Park and Morrisania neighborhoods of the Bronx.

Deutsche Bank and Berkadia financed the deal, though Deutsche Bank declined to comment on the terms of the loan. Berkadia did not immediately respond to a request for comment.

Fairstead plans to upgrade the buildings, some of which have ground-floor retail spaces, and provide social services and community programming, the company announced. The purchase adds to Invesco’s more than 5,000-unit affordable housing portfolio across 10 states.

Affordable housing, and the New York City multifamily market as a whole, did well in the third quarter despite the pandemic, thanks to tax abatements, beneficial public and private financing and mission-driven funding, according to a July report from Ariel Property Advisors, which brokered the deal for the buyers.

Ariel’s Victor Sozio and Shimon Shkury represented both Fairstead and PRC in the transaction. Ariel declined to comment.